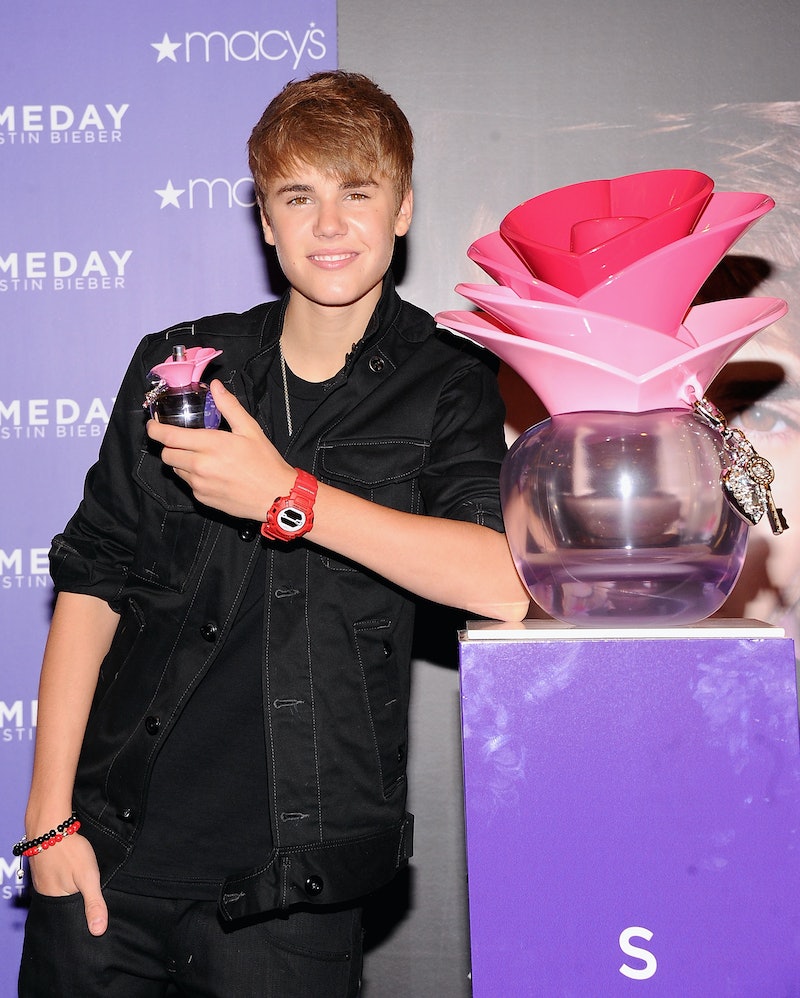 Celebrity fragrances are a dime dozen. All you need is one great musical hit to qualify you as a star that deserves to slap their name onto a fragrance. It is easy, and requires so little effort from the celebrity, which may be the reason that they all seem jump on board. It came as no surprise when Elizabeth Arden blamed Justin Bieber and Taylor Swift's fragrances for the drop in their sales during their fourth fiscal quarter. Shortly after the brand spoke out, Lady Gaga revealed details of her new fragrance campaign for Eau de Gaga , proving right away that the celebrity monopolization on fragrance is still at an all-time high.

Elizabeth Taylor was the first celebrity to ever leverage her name on a fragrance, and shortly after, other celebs jumped on that gravy train. Britney Spears was one of the first pop stars to find major success with a fragrance line and managed to keep its stock up for quite some time. Then, came the movie stars, performers, and even reality stars who all began to put together the pieces that created another beautiful dollar sign for them. There is major money to be made in the beauty industry and celebrities are learning more and more how easy it is so make a buck off their name in the quest to smell good.

There are some celebs that bring the passion to their creation (round of applause for Nikki Minaj), but that list is very small, judging by the following evidence.

Something doesn't feel genuine about celebrity fragrances. It could be the lack of marketing and promotion for some, but for the majority it just appears as though there is a major disconnect. Do you think Beyoncé actually wears any of her fragrances?

On a personal level I feel that a lot of the lower grade celebrity fragrances all sort of smell the same. It's generally a sugary floral aroma that smells just like that first cheap bottle of drug store perfume you owned.

In some cases, the packaging and bottle design just seem lack luster. In other cases it looks as though they have ripped off a design from a fragrance already adored by many. Originality goes right out the window.

There is a severe lack of marketing for celebrity fragrances. In the beginning, especially for the launch of the first scent, marketing and promotion is paramount. But, at some point that magic stops and we are left feeling scammed. In addition to their lack of promotion, celebs begin to release more and more perfumes within their line and out of nowhere you become surrounded by a multitude options you didn't even know existed.

For example, did you know that Christina Aguilera has five different fragrances? I didn't even know that she had one let alone five because I was too busy worrying about the other 20 celebrity perfumes I was trying to keep track of.

More like this
How To Get Wednesday's "Soft Goth" Lip, Straight From The Makeup Designer
By Audrey Noble
Jenna Ortega's Hair Routine Occasionally Involves Washing Out Fake Blood
By Olivia Rose Ferreiro
The "Washed Denim" Trend Is A Modern Way To Wear Blue Eyeshadow
By Olivia Rose Ferreiro
A Definitive Guide To All 52 'Real Housewives' Beauty Brands
By Audrey Noble
Get Even More From Bustle — Sign Up For The Newsletter