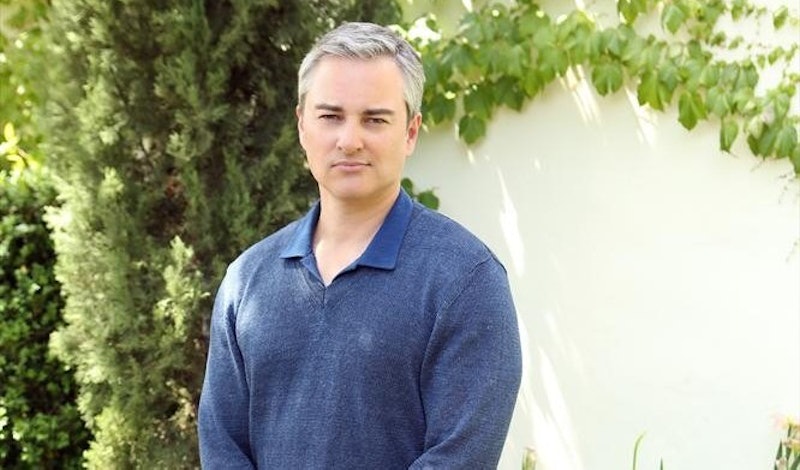 One of several '90s shows touched the lives of many, and continues to do so to this day: I'm talking about teen drama Dawson's Creek, which revolved around the lives of a group of friends living in a small Massachusetts town dealing with whatever life threw at them. One of those friends included Jack McPhee played by Kerr Smith, who portrayed a gay man and became an influential character in the process. In fact, Jack was the first gay man to kiss another man on network television, making Dawson's Creek pretty groundbreaking at the time. I spoke to Smith in support of his current role as Robert Quinn on ABC Family's The Fosters, but he was willing to take a trip down memory lane with me to talk about the Creek as well.

To this day, Smith says he is still recognized as Jack, because the revolutionary character remains an inspiration, adding that he understands why people still identify with him. "[Portraying Jack] was a significant role back in the day," he says. "Back in ‘98, I think it was, or ‘99 — when we decided to do this gay storyline — back then, there weren’t a lot of gay characters on television. It was a big deal."

And he's right. Jack was one of the first LGBT characters on network television. "I understand why people still relate to Jack, because I think that character was a big part of a lot of people's lives growing up. People that were going through the same situation," Kerr said. "Nowadays, it’s not a big deal. Even on The Fosters, you got the whole Jude storyline playing out at a much younger age than Jack was back then. Hat’s off to Hayden [Byerly] for tackling this character, because I think it’s pretty amazing for somebody his age to be able to do that."

Jack's storyline wasn't easy — and not just because the storyline was basically unprecendented at the time. The role also definitely wasn't what Smith was expecting, because according the actor himself, Smith wasn't hired to play a gay character. He was originally hired "to create a love triangle between Dawson, Joey, and Jack." So, when Dawson's Creek creator Kevin Williamson approached him about the storyline, Smith said he was a bit surprised.

Thankfully, though LGBT storylines were very few and far between on network television in the '90s, it didn't seem to bring about any negative reactions from fans. Smith says he "experienced almost nothing negative," with the exception of some picketers who stood outside the North Carolina studio after learning that Jack was a gay character.

However, that didn't affect Smith or his role. "It was a big decision for me back then, but I think I made the right one. I’m proud of the work that we did. The fact that people are still thinking about it kind of proves that," Smith said.

And he's right. I dare say there's not a single Dawson's Creek fan who'll ever forget Jack or his impact on television.

More like this
'That '90s Show' Star Callie Haverda Got Advice From Mila Kunis & Ashton Kutcher
By Brad Witter
Ozzie’s Coming Out Scene With Kitty On 'That ’90s Show' Has Twitter Sobbing
By Brad Witter
Alicia Silverstone Revives Her 'Clueless' Character In This Super Bowl Commercial
By Jake Viswanath
Ashton Kutcher Wants Danny Masterson “To Be Found Innocent” In Rape Retrial
By Jake Viswanath
Get Even More From Bustle — Sign Up For The Newsletter
From hair trends to relationship advice, our daily newsletter has everything you need to sound like a person who’s on TikTok, even if you aren’t.