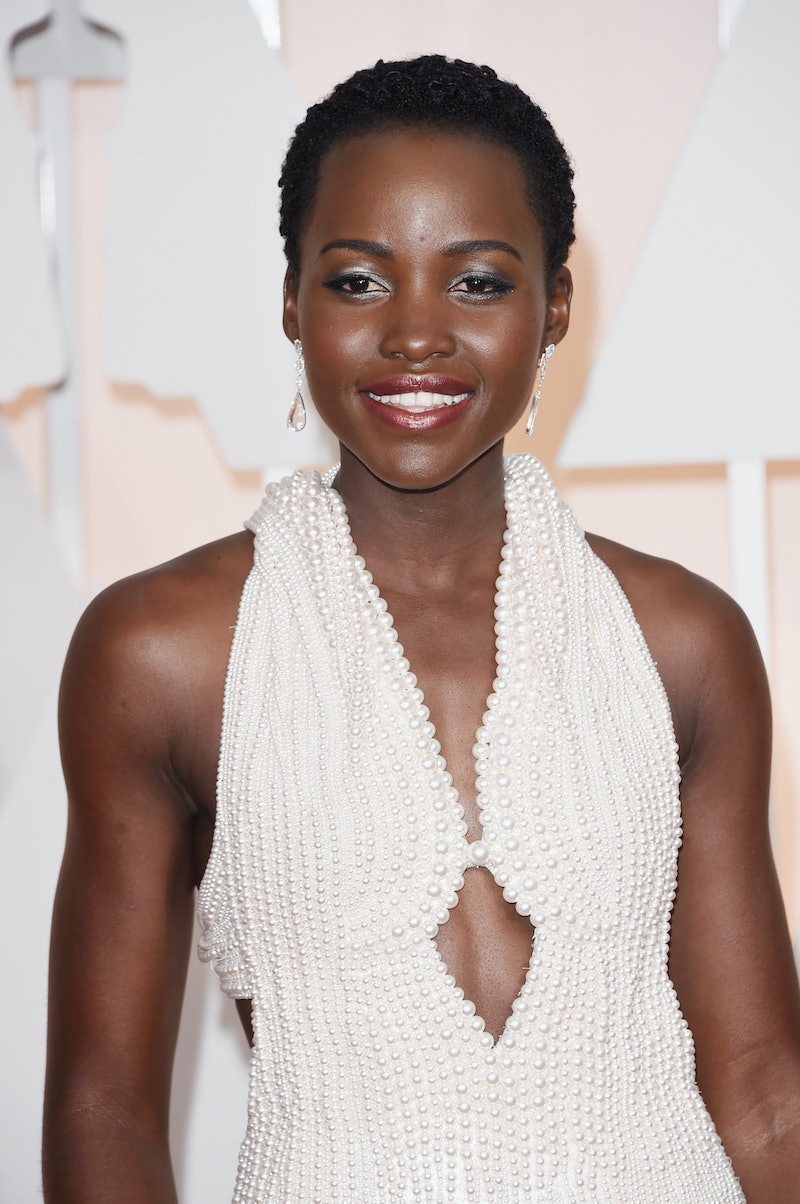 Lupita Nyong'o can do no wrong. I am firmly convinced of this fact — and I am normally someone not easily convinced by most facts. I also don't tend to like humans, so I guess that says a lot. Every time Lupita hits my television screen or walks a red carpet, I'm left in a state of utter fascination. Or, more realistically, of utter confusion. How can a fellow Homo sapien exude so much beauty? How can someone look so lovely, but act so genuinely humble? How can one person have so many color-coordinated eyeshadows to match every ensemble from their wardrobe? How can someone wear hipster glasses but not even look like a hipster?! The questions are endless, but they all lead me to one thing: a sign. A sign that reads, "Lupita Nyong'o is the greatest person, and this is an indisputable truth of life." And at tonight's Academy Awards, she puts all doubters to shame, reifying that she is pretty much everything.

I must admit that I've been awaiting Lupita's red carpet appearance at the Oscars with anxious and expectant eyes. After her makeup-less Lucky cover and that floral Giambattista Valli gown at the Golden Globes, I've been hoping for some hybrid of the two. Some kind of embodiment of a woodland fairy in soft green, velvet-y hues and the eyeshadow to match — but no abundance of cosmetics elsewhere. Tonight, the reality is that she's wearing custom Calvin Klein by Francisco Costa, and though it's not what the fairytale version of reality told me would happen, it's pretty much utopian in every other sense. From the pearl detailing (the gown is made of 6000 pearls to be exact) to her diamond accents to the snow queen shimmers, this is the dress.

I've never believed in the possibility of kindred spirit-ness with a total stranger. But Lupita makes me doubt it all. And I adore her for it.