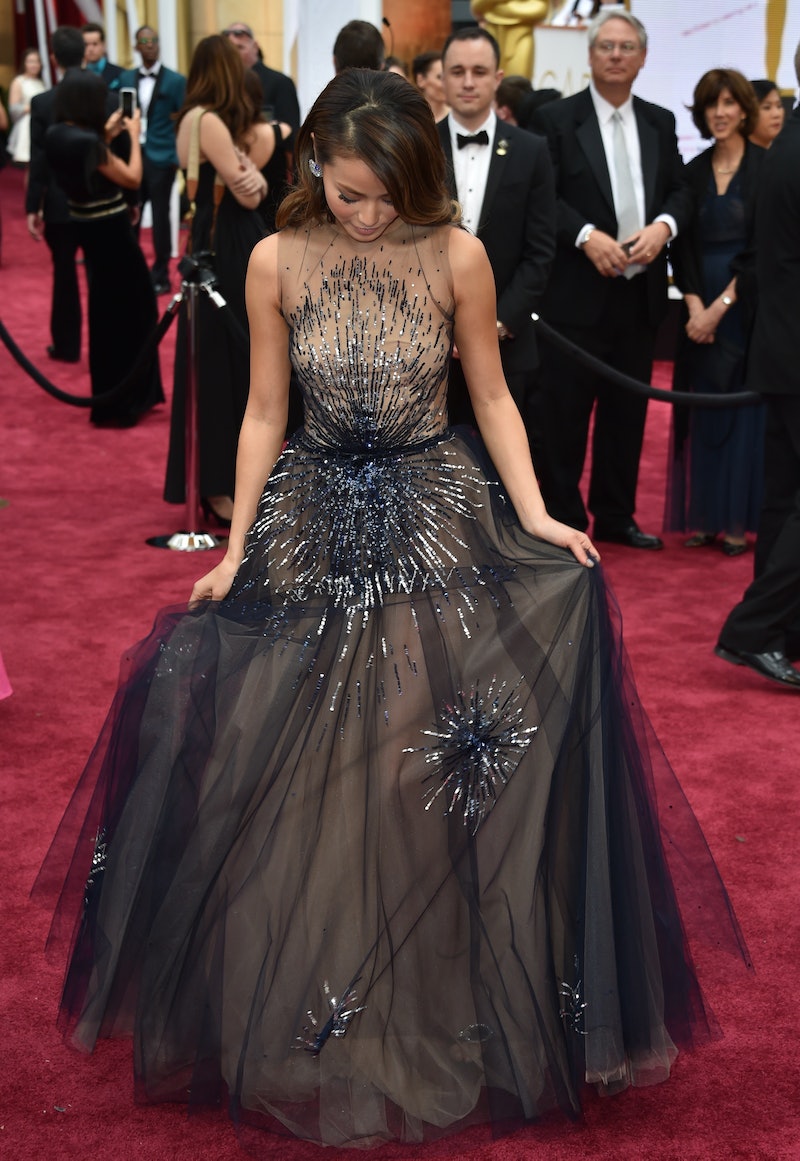 Have you ever wondered why the first question a female celebrity gets asked upon her arrival to an awards show is, "Who are you wearing?" It's not because viewers are dying to know who designed her dress or because reporters are sexist (that's a whole other discussion). It's because celebrities are often loaned — or gifted — dresses directly from the hottest designers, sometimes straight from the runway, in order to secure publicity for the brand and are contractually obligated to tell the world who they are wearing.

Clearly this agreement is mutually beneficial. The celebrity gets a gorgeous designer gown for free and the designer gets one of his or her designs in front of the public on a national scale. Think about how many people watch the Oscars and hear Jennifer Lawrence say that she is wearing Dior Haute Couture. Obviously the average consumer isn't going to run out and buy a Dior Haute Couture gown, but Dior received a mention on national television from one of America's favorite actresses, which will then be mentioned in every single celebrity and fashion magazine in the country and possibly the world. And all Dior's PR people had to do was donate a dress to J-Law. The ROI (return on investment) on that is insane.

Sometimes huge stars are even paid to wear certain designers. According to Shape, brands will occasionally pay certain celebrities to wear their garments or jewelry, because they know the celebrity will get a lot of attention on the red carpet. For example, in 2011 Anne Hathaway was reportedly paid $750,000 to wear Tiffany & Co. when she hosted the Oscars. Sometimes it just pays to be a celebrity. Literally.