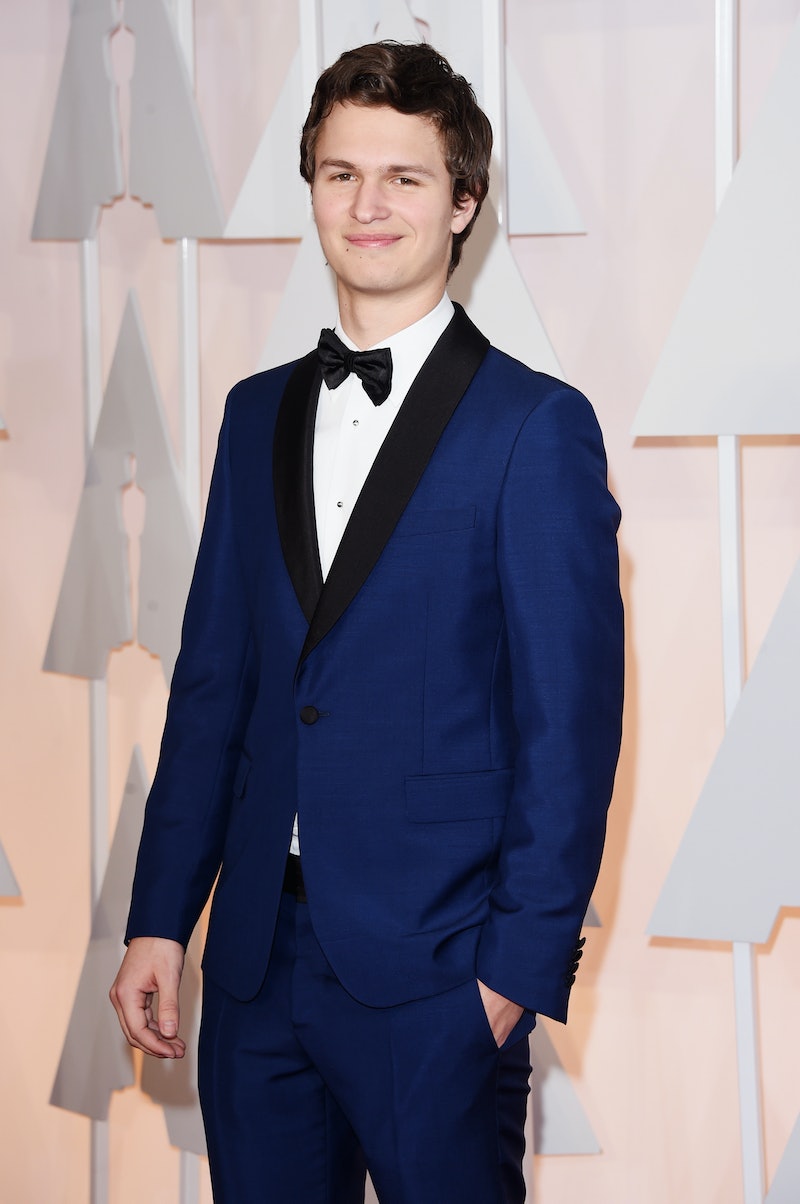 If you watched the 2015 Oscars on Sunday, you might have noticed something you never quite realized before: Ansel Elgort is super tall! While being interviewed by Ryan Seacrest during E!'s red carpet coverage, I noticed Elgort towered over the host. This wasn't exactlysurprising since Seacrest is fairly short at 5'8", but then I looked to the people surrounding Elgort and Seacrest in the background and saw that the actor towered over them too. Just how tall is Ansel Elgort?!

Well, presumably because Elgort has not yet reached CRAZY levels of fame — which is odd because he was in The Fault In Our Stars, y'all! — his height does not pop up automatically on Google a la someone like, well, Ryan Seacrest. But DO NOT FEAR! It is possible to find Ansel Elgort's height without rewinding your DVR to the part where Seacrest interviewed him and taking a ruler to your screen. (P.S. That wouldn't work anyway.)

Taking all of this into consideration, let's say the actor stands at about 6'3/4", 6'4" on a good day. And he's at the Oscars, so, that was probably a damn good day.