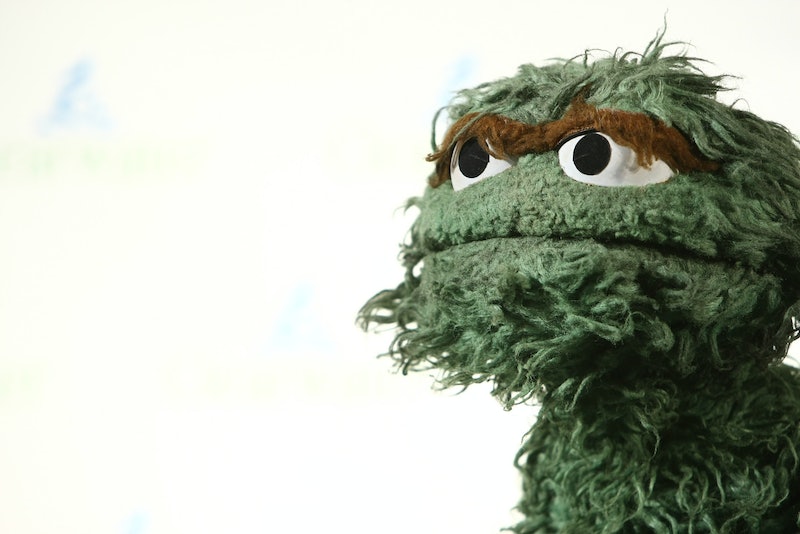 I am hereby petitioning to let Sesame Street take full reign of the red carpet for next year's Academy Awards. For one, their humor is rampant and yet never degrading. Secondly, they're refreshingly low maintenance as they have to basically do little to no prep before the main event. And lastly, they have quite the stock of personalities at their disposal. Case in point, Oscar the Grouch, who just tweeted about the Oscars and subsequently stole my pun loving, pop culture obsessed heart. Mr. The Grouch, you've outdone yourself. An ideal Academy Awards commentator if I've ever seen one.

Usually I'd get annoyed with someone who was trying to make an event as big as this about themselves, but hey, Oscar's not a person, he's a muppet. And damn it if he isn't right in his cynical assertions. Sometimes we need to question things, my friends, and Oscar's just the gritty kind of guy to do that. Besides, I'm implicitly impressed with his ability to tweet despite the fact that he doesn't possess any fingers. Imagine all the good he could do if he was given a microphone instead of a computer as a platform? He could rule the damn world.

And, here's just a few tweets that prove why:

He's Not Afraid To Go Against The Grain

He's Got A Unique Take On The Event Decor

And, He's Got Great Fashion Sense

Vintage is always in, Oscar. And, so are you.