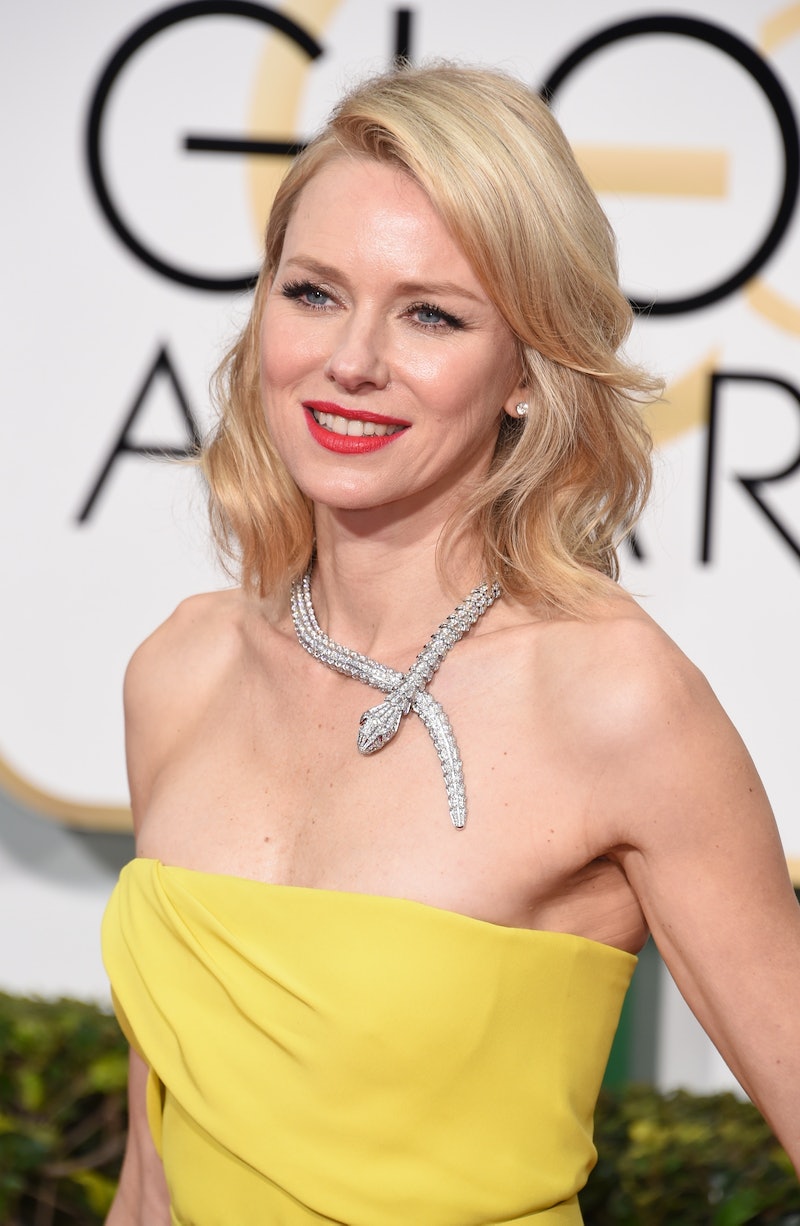 Poor Naomi Watts: The 2015 Oscars red carpet experience has not been terribly kind to the poor Birdman star so far. Although most awkward experience of the night likely goes to Dakota Johnson and Melanie Griffith (considering the fact that interviewers cannot stop asking them about whether or not Griffith has seen/intends on seeing Fifty Shades Of Grey despite the fact that there are much better questions to ask a celebrity like Griffith), poor Watts' experience definitely comes in at a close second. First, there was that whole moment when she randomly talked about frittatas and cheese on the red carpet, then, unfortunately, there was this: When approaching Ryan Seacrest on the Oscars red carpet with her publicist, Naomi Watts was cruelly rejected by Seacrest in favor of Whiplash star Miles Teller — and it all happened on camera.

In Vine footage posted by Buzzfeed , Watts can clearly be seen approaching Seacrest on the red carpet, only to be completely intercepted by Teller and, thus, ignored by Seacrest... all on camera to be broadcast on the E! network. Ouch. Doesn't Watts deserve better than this, guys? She's just a gal who loves cheese as much as the rest of us do but don't like to admit — where is the love?!

Luckily, Watts eventually got her moment in the spotlight on ABC, where her love of cheese, frittatas, and totally badass dresses were appreciated as they should be.