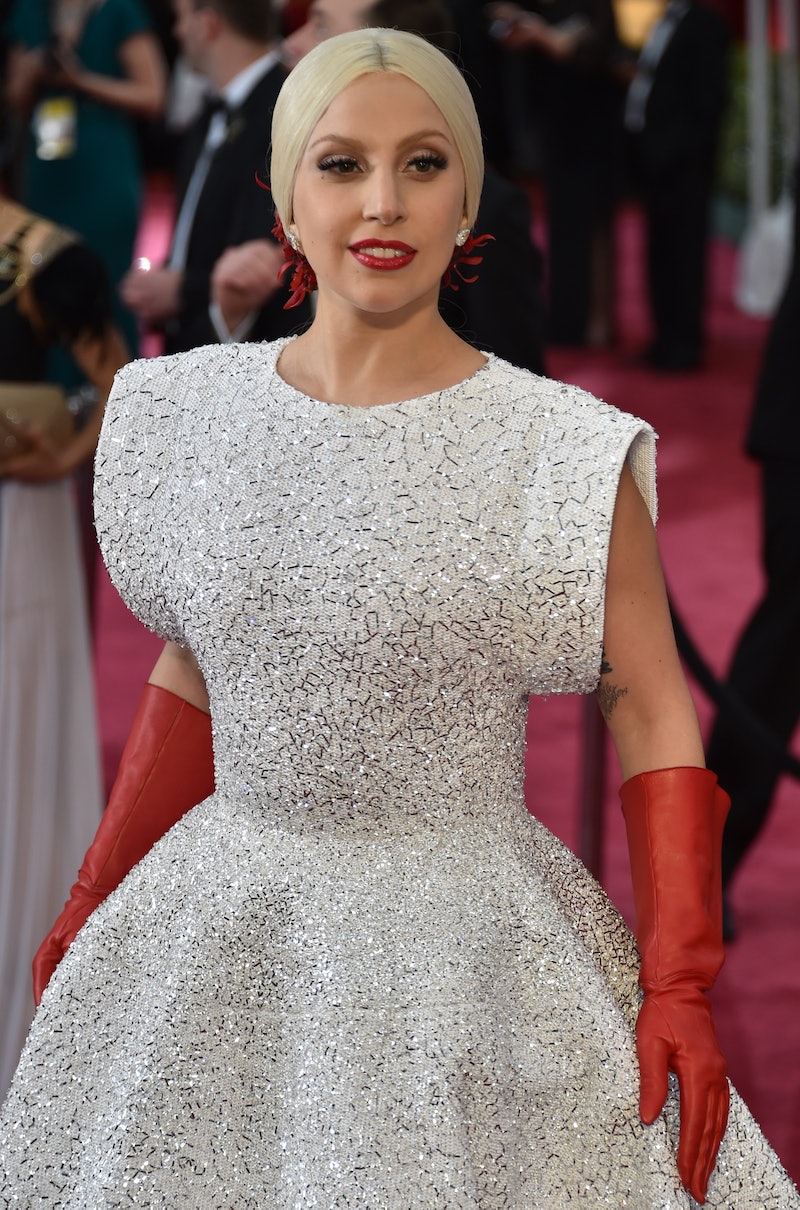 These days, Lady Gaga has been decidedly less crazy with her fashion than she's been in the past. But with a simple pair of comically large leather gloves, she reminded us tonight at the Oscars that her penchant for the weird that will never die. Naturally, Lady Gaga's red gloves from the Oscars have spawned memes, because OF COURSE they did. This is the internet we're talking about people!!

And they were, to put it lightly, rather prodigious gloves. Gaga's custom Alaia dress took over a thousand hours to construct, but it didn't get half as much attention as those bright red things she wore on her hands. Sure, these gloves would've been entirely appropriate (and useful) if Gaga were freezing her butt off in New York. But considering that she's in LA where it's about 70 degrees, we know that this is less about function than fashion.

I don't know what it is, but something about gloves on the red carpet really excites something in the pop cultural imagination. Where I saw a pair of butcher's gloves, some people saw dishwasher gloves and duly photoshopped Gaga into a kitchen. Others saw the gloves of various superheroes. Let's run down some of the memes that these gloves hath wrought.

The parallels here are pretty striking, I must confess.

3. The Enema of the State Nurse Gloves

Given the fact that her dress was a little nurse-y to begin with, I'm partial to this one.

I mean, sure. This works!

When we're talking about shape, this is a dead-ringer.

These memes may read as a wee bit sexist, but the similarity to dish washing gloves is pretty spot-on.