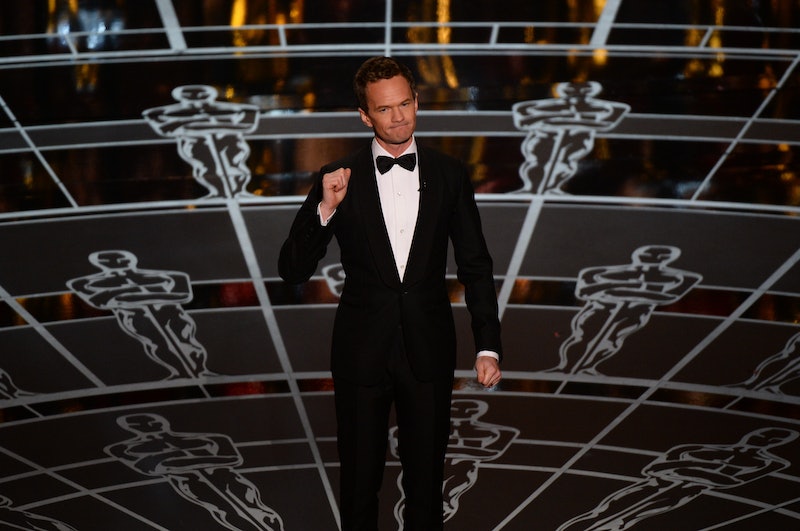 Regardless of how good the Oscars were this year, there are always things they could've done differently — or, you know, better. Despite that whole bizarre Lego Movie production, they went off without a hitch this year, especially with Neil Patrick Harris at the helm (clothed or not). The jokes were timely but not overly offensive, they kept the musical numbers to a minimum, and the cameras flashed to Eddie Redmayne in the audience many times, which are basically the three things I hope for when watching any awards show. It was a good show, yes, but there are plenty of things the 2015 Oscars could've done better.

Now, this is a little awkward for me, since I'm kind of obsessed with award season and hate to utter anything negative about it. But hopefully, the powers that be in Hollywood will understand I'm simply trying to improve their three (plus) occasionally exhausting (and boring) hours of television with a little constructive criticism. This is all about keeping audiences happy, guys. It's a very difficult but very important task.

Academy of Motion Picture Arts and Sciences, I hope you're listening. If we can just work together, we can totally make next year the best Oscars ever.

Alcohol isn't typically served during the Oscars, and I think, in part, that is why it's so boring. Don't make Benedict Cumberbatch bring his own flask out of desperation, guys. A little wine, a little champagne — nothing too heavy — could lighten the ceremony up a bit. Who's not up for an intoxicated acceptance speech or two?

After Ellen DeGeneres ordered pizza for the audience last year, I was hoping NPH had his own snacks up his sleeves. Unfortunately, it never came to be, which was disappointing. Aren't these people hungry?

If Lawrence isn't making awkward comments at an award show, did it really happen?

I had my fingers crossed that Harris would try to recreate and/or top Ellen's famed Oscar selfie from last year, but it never materialized, and now I'm disappointed. I was expecting to shake my head at the use of a selfie stick. What happened?!

Categories like Best Director are sorely lacking in people of the female persuasion this year, which is totally uncalled for since there are tons of talented female directors and writers who totally deserved to be nominated. The Academy definitely needs to do better.

The traditional In Memoriam montage? Totally snubbed Joan Rivers. Whether or not this was an intentional snub, Rivers definitely should've been remembered.

Come on, NPH. Not only were these predictions not actually predictions you made before the Oscars, but they were also not funny. (We get it, you know magic.) Maybe it's because it was midnight by the time he got around to this particular magic trick, but I was not impressed. And I had such high hopes for the guy.