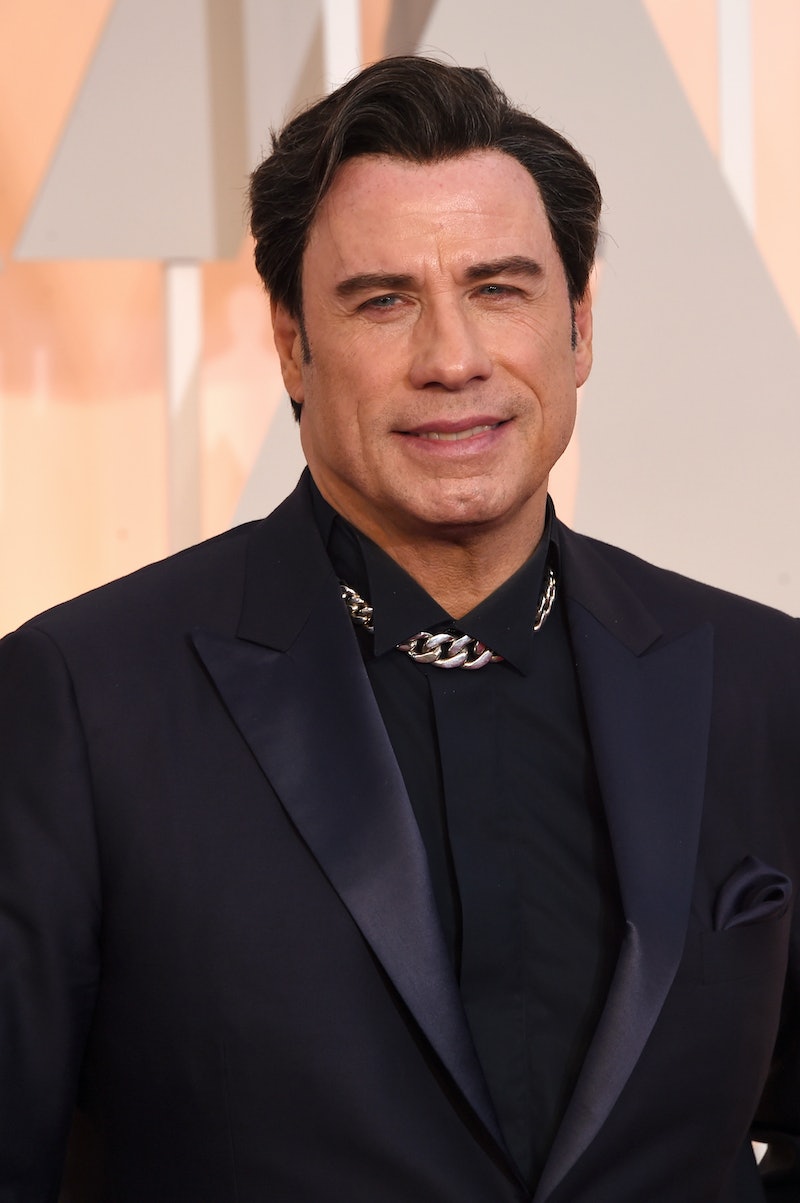 If you watched the 2014 Academy Awards, then you will know that John Travolta set the bar pretty high in terms of embarrassing himself. Does 'Adele Dazeem' ring any bells for you? Ah, yes. It all comes back, right? John Travolta full-on butchered Indina Menzel's name last year at the Oscars and it was one of the funniest (and most viral) moments of the awards show that year. But it appears that Mr. Travolta may have actually outdone himself this year at the Oscars. John Travolta wore a gold chain necklace under the collar of his dress shirt this year at the Academy Awards and honestly, the whole thing just makes zero sense.

First of all, I am 90 percent sure I own the same necklace. It's from Zara. I don't wear it with a tuxedo. Or to red carpet events. Usually. And second of all, since when is John Travolta making fashion statements? Don't get me wrong: I'm all for wearing crazy accessories and pushing the boundaries of what's 'normal' or expected, but I've never gotten the impression that that was really Travolta's goal in his sense of style. I kind of just got the idea that he was more focused on things like, I don't know... his hair.

But apparently Travolta wanted to switch things up this award season. And what better what to do that in a suit than taking out the tie all together and throwing in a gold chain? Boom. Fashion.

A teal shirt and gold chain. On John Travolta. Just take it all in.

OK, OK... so maybe this isn't quite "Adele Dazeem" level (but really, what could ever beat that?), but it's up there. Granted, it's very, very easy to be critical about what celebrities wear on red carpets and probably much harder to understand the difficult decisions that go into choosing an award shows ensemble. Maybe we should all just cut the guy some slack here, you know? I'm sure Travolta wanted to look hip and young and interesting...and I mean, you can't exactly say he didn't achieve at least the last of those characteristics in his look, right? Right, guys? Alright. I tried.