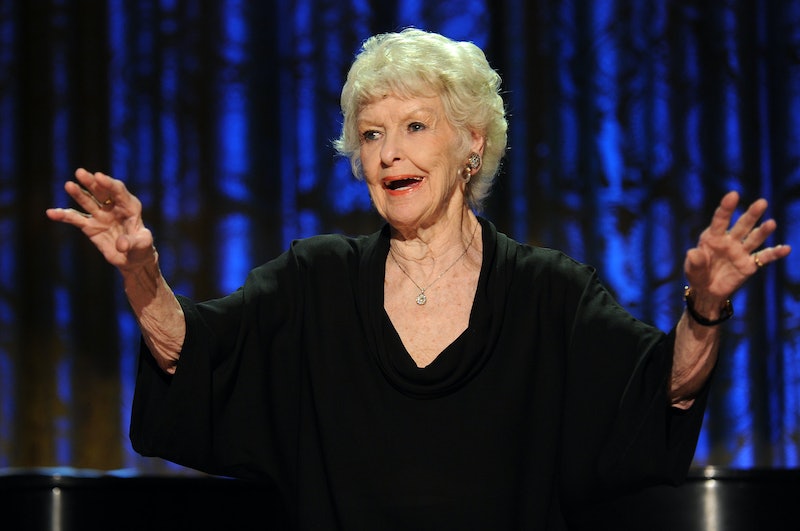 It's hard to watch a long In Memoriam segment at the 2015 Oscars without wondering why incredible entertainers like Elaine Stritch and Joan Rivers were snubbed. These women were incredible talents and Rivers spent much of her career working the Giuliana Rancic shift on the Oscars red carpet. So why did they miss out on the water color slideshow with Jennifer Hudson soundtrack? Well, it would appear that the Academy of Motion Picture Arts And Sciences has rules for Oscar in Memoriams and Rivers and Stritch don't make the cut. (Though something tells me they're in the afterlife, cheersing glasses of whiskey and saying "screw 'em.")

Per the Academy's website, the in memoriam honors Academy members:

The members of the Academy of Motion Picture Arts and Sciences are the organization's greatest asset, an assemblage of the finest artists and craftspersons of the art form.

On this page the Academy pays homage to those members who have passed away this year. Academy Awards and nominations are noted (a win is indicated by an asterisk) as well as service on the Academy's Board of Governors.

The list goes on to name everyone on the 2015 In Memoriam, and no, your two favorite hilarious broads are not included.

There's not exactly a full roster of Academy members available for us to peruse, but it would seem that Rivers is not in club and therefore didn't get her moment in the tribute. (It should be noted that the directors of her documentary, Joan Rivers: A Piece of Work , were invited thought.) While I'm sure Rivers (and Stritch for that matter) wouldn't give a rat's behind about being invited to the Academy, it does seem like the Oscars' In Memoriam rules need to take a chill pill, get off their high horse, and generally cut the snobbery. The Oscars are about arts and entertainment, so they probably shouldn't leave out some of the most entertaining women we've ever encountered.