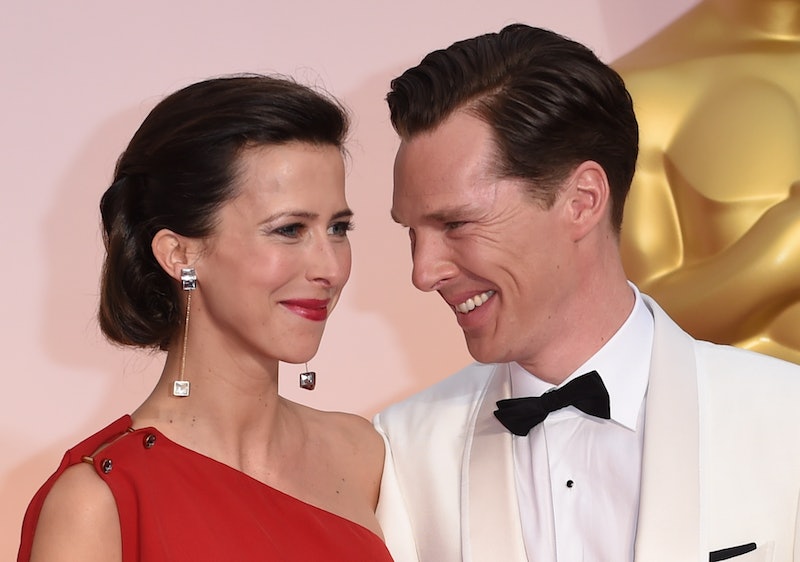 I know, I know. My fellow Cumberfans, I'm sad too. Benedict Cumberbatch was snubbed at the Oscars for Best Actor for his performance as Alan Turing in The Imitation Game. But there's no need to start spray painting his face all over Hollywood a la Bansky or pelt Sherlock-style hats at Academy members should you come across them (they're hiding where you least expect 'em!). The Best Actor race this year, albeit a painfully white-washed one, was one of the tightest in years. Though Michael Keaton was the frontrunner, Eddie Redmayne ended up taking it with a (semi) surprise win for portraying Stephen Hawking in The Theory of Everything. Ah, leave it to a fellow Brit.

As fantastic as Cumberbatch was in The Imitation Game, it just simply wasn't his year. In the biopic game, Stephen Hawking is much more recognizable than Turing, and quite frankly, most of the Academy voters are a lot like Statler and Waldorf from The Muppets. Grumps all around! Truth be told, the most deserving nominee was someone who wasn't even nominated. I digress.

The fact of the matter is, this will not be Cumberbatch's last trip down that bright red Oscar carpet. Here are plenty more reasons to keep it cool as a Cucumberbatch:

HOORAY (for him at least).

They're Having a Baby!

He's Literally in Everything!

Sherlock is Coming Back!

Thankfully not in wax.

No Really, He's in Everything Now!

God save the Queen!