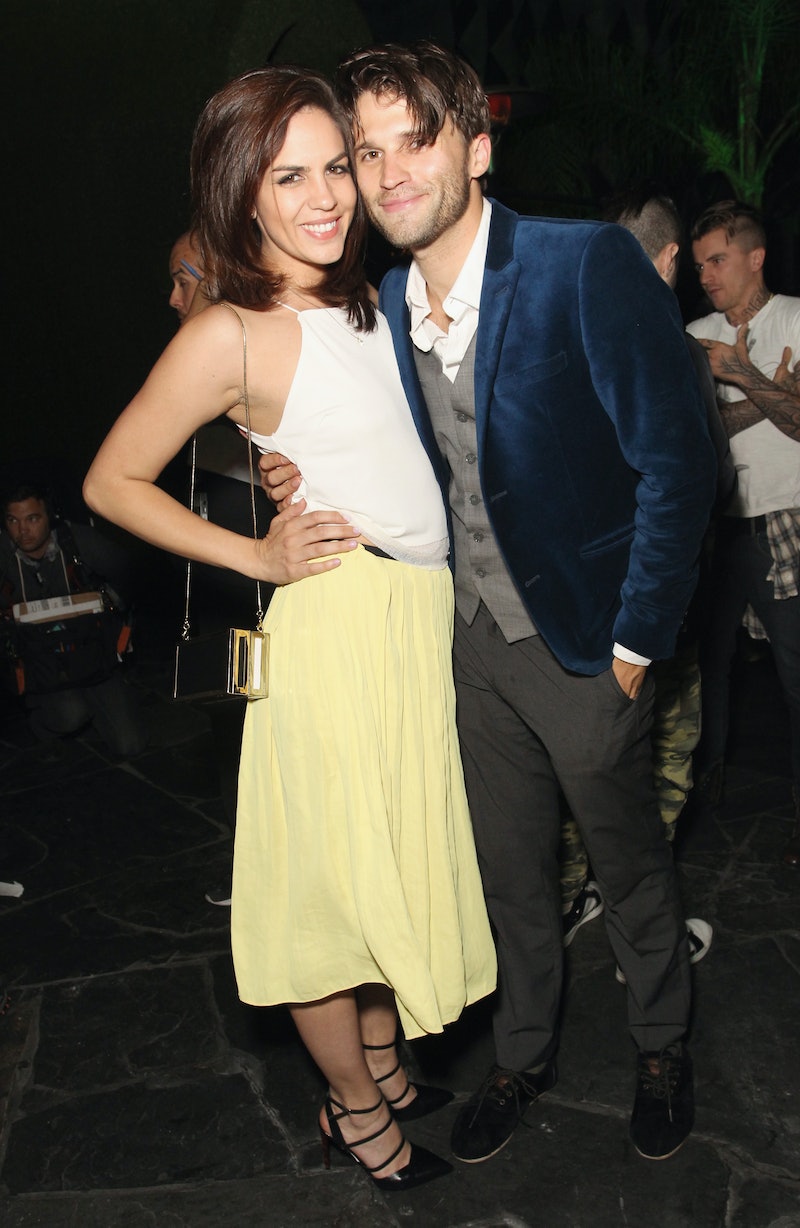 We all have our own theories about what Tom Schwartz from Vanderpump Rules did on those guy's trips with Jax and Tom Sandoval. The thing that most of those theories have in common is the theory that Tom probably did more than just make out with those girls he confessed to making out with. With that possibility running through our heads, we have to wonder how many times Tom cheated on Katie on Vanderpump Rules and thus how many times he may have gone too far. And if you ask me, it happened more times than a simple ring on a string can forgive.

So far, Tom has admitted to having two drunken make outs — both with girls who were not Katie Maloney. Those are just the instances that happened on Season 4, and that's all we can account for. At the beginning of this season, Schwartz admitted to kissing Scheana's friend after rumors began swirling about him being an adulterer. At that time, he was also accused of hooking up with Tiffany's friend in Las Vegas, but claimed that nothing happened. Then, a couple weeks ago, Tom recanted his denial of the Las Vegas hookup and admitted to making out with a girl on the unchaperoned trip. He claims that neither make out sesh led to anything more serious, but you just never know with this crowd. They live in a never-ending web of lies, after all.

Still, it seems that web of lies hasn't shaken this "family":

Although I generally like Tom on the show, it seems like he's hiding a lot of sinister secrets that are hurriedly revealed under the threat of getting caught. This is unequivocally not a good look, and it doesn't make him the most trustworthy story-teller. Plus, judging from the cryptic conversations that he has with Jax, it seems like Tom's hook-ups consisted of more than a bit of drunken tonsil hockey.

My suspicions aside, I actually really want Katie and Tom to work their stuff out. I can't help but be endeared to the way they call each other "bubbie," and they have a canine child to raise together. So while we may never know for sure what happened in Vegas or Miami, I hope that these two can stick it out — at least for the sake of their puppy. Tom's just gotta smarten up and not take his gal for granted.