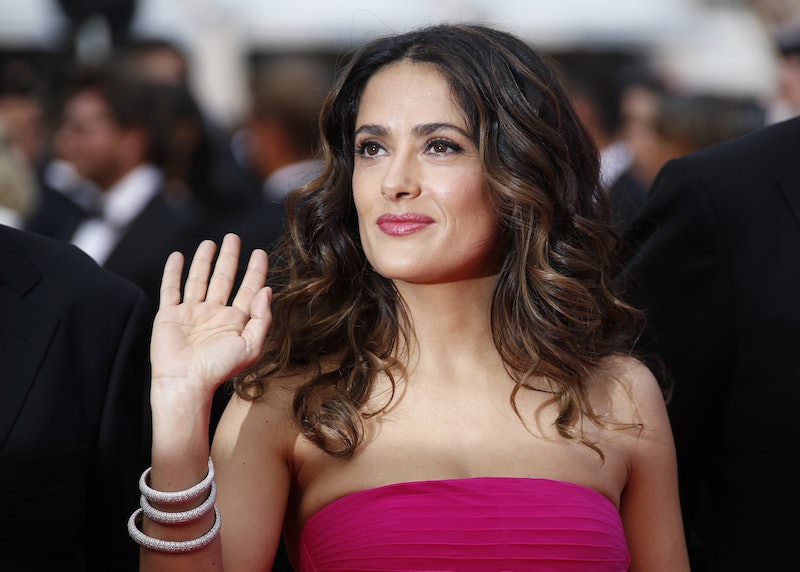 Oh, Salma Hayek. Is there anything you could advertise that we wouldn't all immediately covet? It looks like one prestige Italian jewelry company has done it again with their choice of brand ambassador: Pomellato named Salma Hayek the new face of the brand, and I don't think there's anyone better than her for the job. Actually, to be fair, the last face of Pomellato was Tilda Swinton — but hey, if the combined glory of Salma and Tilda together aren't enough to recommend a particular brand, I don't know what is (that is a lot of Oscar-winning/Oscar-nominated awesome lady power for one jewelry company to handle).

Pomellato was founded back in 1967, and are likely most well known for their "Nudo" rings, which feature a simply yet beautifully cut stone, and are available in just about every soft shade of the watercolor spectrum (oh, and in case you were wondering, they'll set you back upwards of $3,000). Of course, they're also known for the mega-watted chains that Tilda has often worn out and about on the town (it's also worth mentioning that during her brand ambassadorship with the company, she mentioned how the line seemed almost magical — and, as the former White Witch, I'm taking her word for it).

Any way you cut it, it's going to be really exciting to see what Ms. Hayek brings to the brand — so let's all get ready for some fabulous jewels on the red carpet!