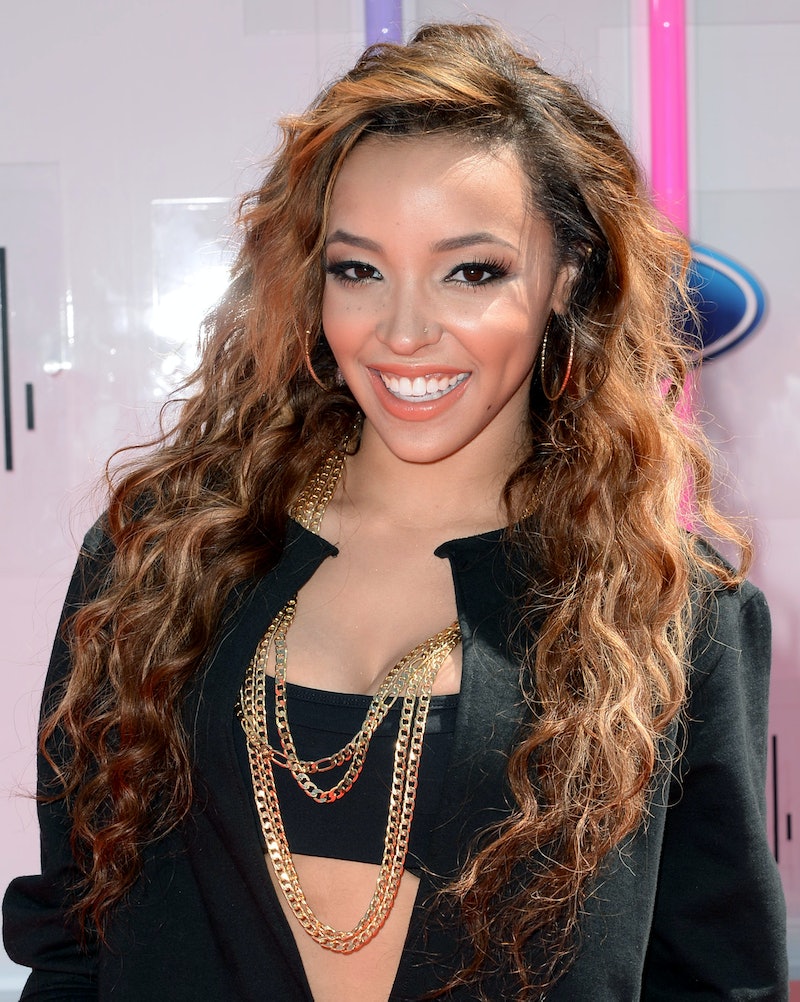 I'm feeling conflicted: On Sunday, Tinashe's "All Hands On Deck" remix featuring Iggy Azalea popped up online, and while I don't especially care for it, I think it could help the song become a hit. Tinashe, a seriously talented 22-year-old new artist, recently announced "All Hands On Deck" as the third official single from her critically acclaimed album, Aquarius. Personally, I think the catchy R&B track, which was produced by Stargate (Rihanna) and Cashmere Cat (Ariana Grande), could've done well on the charts without any assistance, but apparently, Tinashe's team didn't want to take any chances.

I'm not an Azalea fan in general, but I do occasionally find her entertaining in small doses. However, the dose we get of the Australian rapper on "All Hands On Deck" is so small (and so predictable), it doesn't really add anything to the song. Her verse is just kinda... there. Of course, the frustrating reality of the situation is that Azalea's name alone will probably drum up some additional buzz for "All Hands On Deck," and when you consider that Tinashe's number-one priority at the moment is likely securing a follow-up hit to her debut single, "2 On," you begin to see how releasing this disappointing remix might've actually been a smart business decision. It's madness.

Check out Tinashe's "All Hands On Deck" remix featuring Azalea below:

It's not terrible, by any means, it's just... uninspired. Regardless, I hope this all works out for Tinashe — she deserves to have her music reach a much wider audience. According to Rap-Up, Tinashe will join Azalea on her "The Great Escape Tour" (along with Nick Jonas) starting in April.