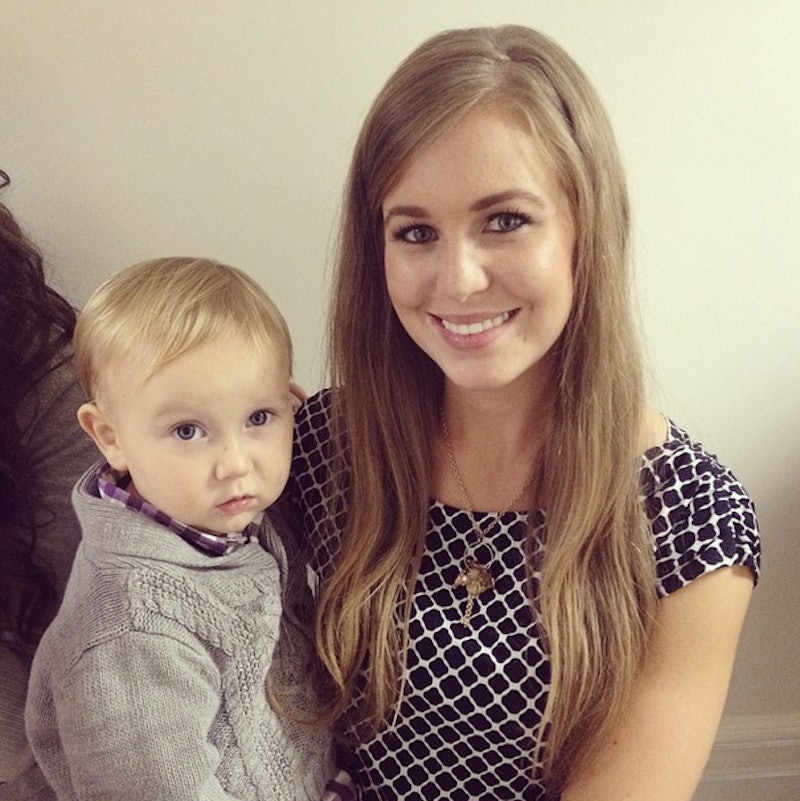 The Duggar family from 19 Kids and Counting may be entertaining, but their devotion to replicating until the entire state of Arkansas is filled with their long-haired, side hugging, thrift-shopping progeny can grow tiresome. However the eldest daughter Jana Duggar is easy to root for. She's 25 years old, so she's watched her family go from small town conservatives to reality TV stars in the past few years. And she's spent the longest time living underneath her parents' roof. Since the Duggars believe that their daughters should live at home until they're married, Jana is still at home, helping to raise her much younger brothers and sisters. Some Duggar conspiracy theorists think that Jim Bob and Michelle are planning to keep Jana unmarried so they can exploit her skill and time to help with the younger kids while their other daughters over 20 are already in the process of getting married and starting new families of their own.

Now I love complicated conspiracy theories, but that doesn't really ring true to me — the whole Duggar "buddy" system basically ensures that the family is totally self-sufficient. Besides, Jana isn't just spending her time with the kids. None of the Duggars have pursued secondary education away from home, but Jana is potentially interested in becoming a midwife, and still plays the piano.

In a quote from a blog posted on the TLC website in 2013, Jana suggested that she's still not sure what she's going to be doing. Of midwifery, she wrote: "...this may not be something that I do for the rest of my life." Hm... could Jana have some secret plans to start a new career? Maybe she was talking about becoming a stay-at-home mom, but she could also harbor ambitions for a career outside the home.

And there is an almost certainly untrue but utterly delightful rumor going around that former NFL quarterback Tim Tebow is interested in or dating Jana. But somehow this story got serious traction — even celebrity-friendly People reported on it! What's definitely true is that the rest of the family would love to have Tebow as an in-law. Jessa Duggar's new husband Ben Seewald even gave a joking quote to People about it: "He'd be a great addition to the family."

Supposedly, Jana and Tim have never even met, but it's fun to imagine — Jana bringing home Tim Tebow to her parents' house? Courting him? Side-hugging him??? Seriously, think of all those side hugs. This needs to happen.