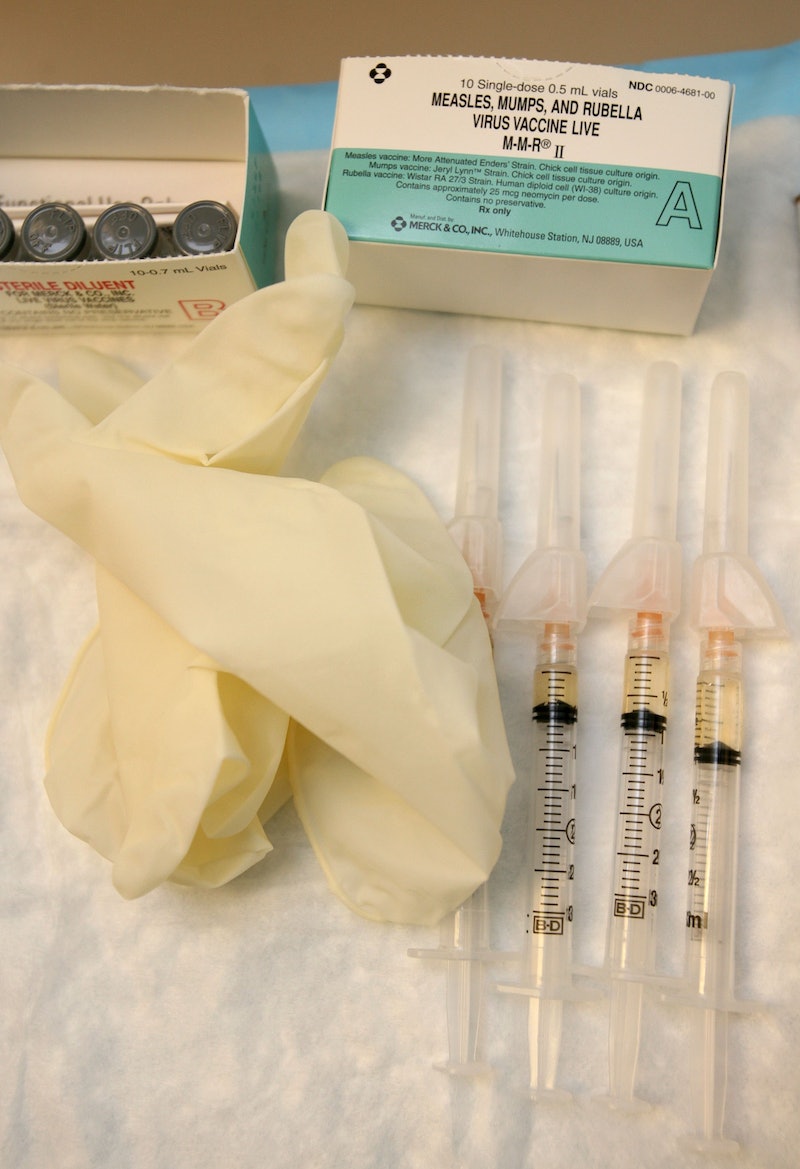 The measles outbreak, dire as the situation is here, is evidently not a health issue exclusive to the U.S. Last week, an urgency tinged the calls for mandatory measles vaccination in Germany after a Berlin toddler died of the disease amid the country's worst measles epidemic in more than a decade. The death of the 18-month-old boy — who was not immunized against measles — on Wednesday has spurred debate in Germany over whether parents should be legally obligated to vaccinate their children. According to a Berlin health department official, his death was the first known fatality since the outbreak began in the capital city in October that has since recorded a decade-high of 570 cases.

Berlin's health minister Mario Czaja, who confirmed the boy's death on Monday, was among those who expressed support for making immunization compulsory. Czaja said:

This case shows that measles is a very serious disease. I am in favour of mandatory vaccination.

The measles outbreak coincides with the surge of anti-vaccination advocates, or anti-vaxxers, who, similar to those in the U.S., believe in the widely discredited theories of vaccines causing irreparable side effects on children, most especially autism. Anti-vaxxers have faced fierce public backlash from other parents who accuse them of sustaining an otherwise preventable disease.

German anti-vaxxers also came under harsh criticism. Germany's health minister Hermann Gröhe was chief among those who reproached the opposition to vaccines. Speaking over the weekend, Gröhe said:

The irrational fearmongering of some vaccination opponents is irresponsible. Anyone who refuses their child protection endangers not only their own child but others as well, threatening serious health problems.

A number of German lawmakers have also appealed for joint-party efforts to push for vaccinations, reported The Guardian. The parliamentary leader for the Social Democrats, one of Germany's leading political parties, told a local newspaper on Sunday:

If that doesn’t work, mandatory vaccination for infants should be the next step.

But despite the growing sentiment among top authorities that vaccinations should be made compulsory, the health ministry has, as of yet, no plans to introduce mandatory immunization. It has been required since 2001, however, for measles cases to be reported. At least one school in Berlin was closed on Monday following a reported case of measles, reported AFP, and students and staff were asked to bring proof of immunization against measles when it reopens Tuesday.

To make things worse, according to The Guardian, "pox parties" — where parents hold gatherings to expose healthy children to those infected with the disease — are as prevalent in Germany as they are in the U.S.