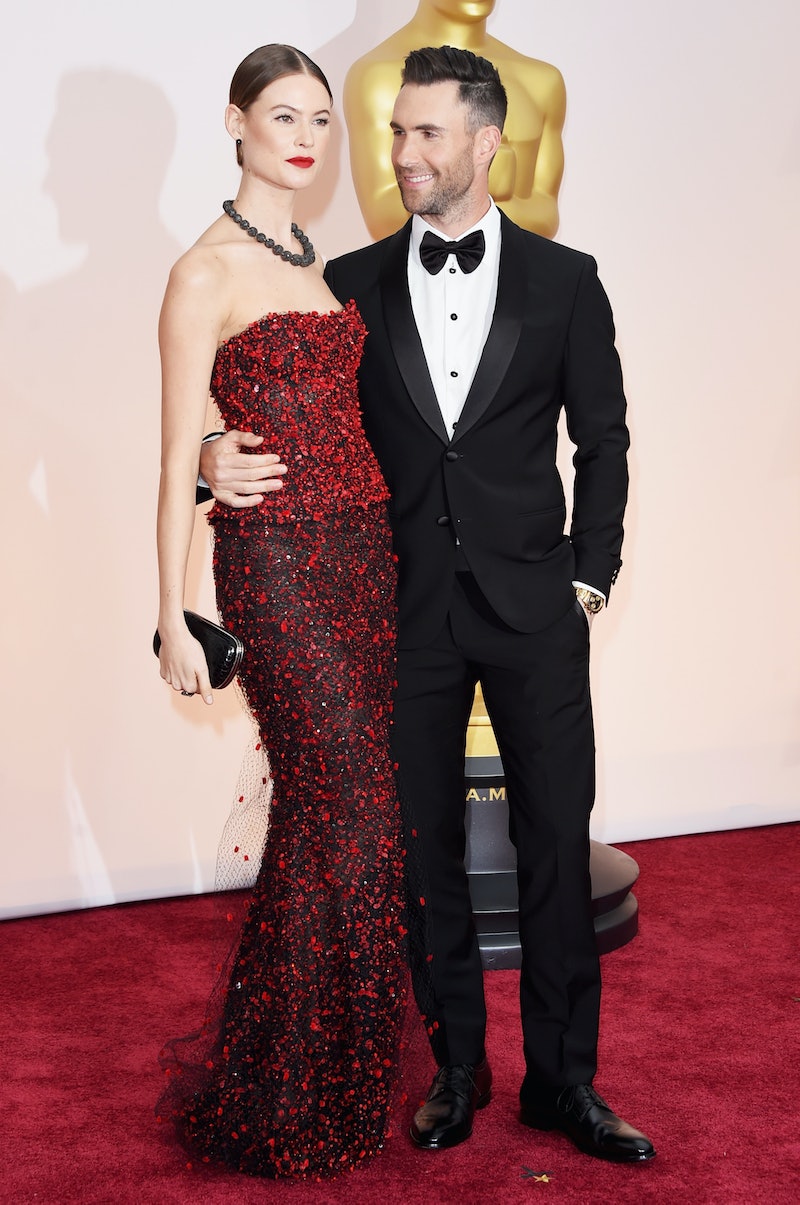 Uh-oh, guys. Wardrobe malfunciton alert: Behati Prinsloo's nip slip at the Vanity Fair Oscar party makes her the latest member of Hollywood's elite to flash a little more than intended. Sure, the slinky, sexy Calvin Klein number wasn't exactly as scandal-proof as a turtleneck sweater dress, but I'm guessing that exposing half her breast was a little more than she bargained for.

In true Behati fashion, though, she laughed it off, and husband/dreamboat Adam Levine stuck out a protective (but playful) hand to cover her up, which she shared on her Instagram earlier today. It's a subtle but undeniable wardrobe malfunction, and the fact that she was so unfazed by it makes me like her even more. (Then again, she is a Victoria's Secret Angel, so she's no stranger to showing lots of her flawless skin.)

Behati posted another pic from the event, and the caption made my girl crush on Behati get a little stronger: "#Vanityfair killer party thanks for the in and out burger." Behati likes In-N-Out?! It's nice to hear that even a lingerie model can indulge in a good old fashioned burger.

...And the nip slip itself.

Ah, well — it happens! Though Behati's reveal was unintentional, there were a few other scandalous looks at Vanity Fair's annual fête that were thisclose to crossing the line into wardrobe malfunction territory. Obviously, the after party was what people were saving their sheer fashion risks for.