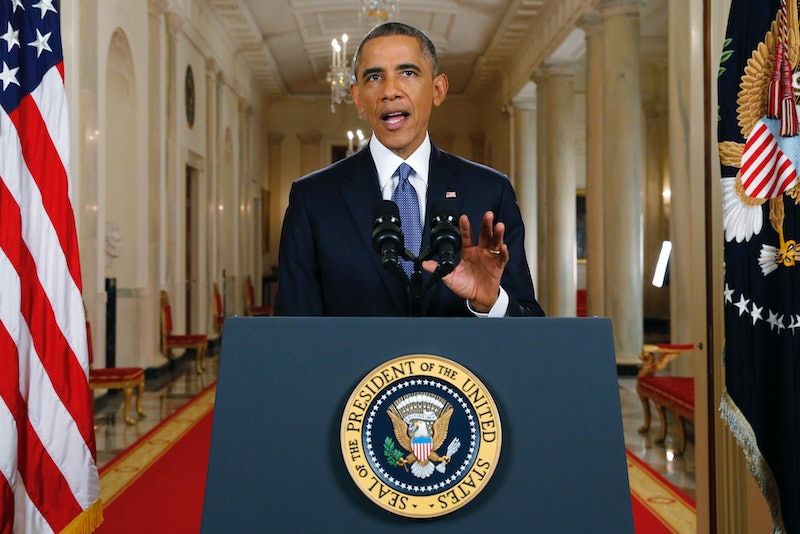 The federal government filed a three-page notice appealing the judge's decision to the 5th U.S. Circuit Court in New Orleans on Monday, the same day the Justice Department filed a motion for a stay of the ruling during the appeal. The move comes following Hanen's decision to suspend Obama's executive immigration orders — though he did not rule on its legality — after 26 Republican-led states filed a suit that challenges it as unconstitutional, forcing states to spend more on law enforcement, healthcare, and education.

In his ruling, handed down a day before the first phase of the plan was to go into effect, Hanen said the president had overstepped his authority by exercising executive power — but if the judge does agree to put his ruling on hold during the appeal, Obama's immigration action would be allowed to advance while the lawsuit goes through the courts, ABC News reported.

Congressional Republicans have threatened to block funding for the Department of Homeland Security, ahead of a Friday deadline, unless Democrats agree to cancel Obama's order, but Senate Majority Leader Mitch McConnell announced Monday that the GOP is changing tactics to introduce a separate bill blocking funding to implement Obama's immigration orders.

ABC News reported that attorneys for the Justice Department said in a 20-page motion that a lifting Hanen's hold is necessary,

[T]o ensure that the Department of Homeland Security is able to most effectively protect national security, public safety, and the integrity of the border... [The hold] would also harm the interests of the public and of third parties who will be deprived of significant law enforcement and humanitarian benefits of prompt implementation.

White House spokesman Josh Earnest defended the administration's immigration actions on Monday in a press briefing, saying it would hold many undocumented immigrants accountable to the law, and have them pay taxes rather than live in secrecy. Earnest said:

Based on the judge's ruling, we're actually moving farther in the direction of amnesty.

Since Obama announced that he would take executive action on immigration reform in November — due to what he called Congress' lack of action that forced him to go at it on his own — the GOP has accused the president of executive overreach, making moves to block his plan, which, with Hanen's latest ruling, will make the immigration battle in D.C. an interesting one to watch out for.