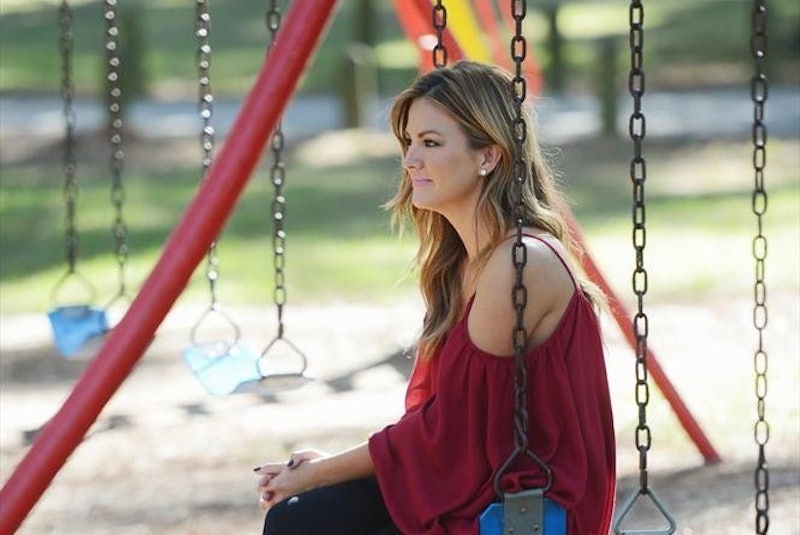 This is it, guys. The Bachelor has finally reached the Fantasy Suite dates, and Becca's obviously stressing about them a bit because she has yet to tell Chris Soules she's a virgin. In any other context, this would not be a big deal, but ABC seems to enjoy treating the concept of virginity as this major social handicap this season, so it's a bit different in Bachland. After their date in Bali, Becca received the tradition key to the shared suite, and she figured this was the right time to fill Chris in... you know, after ABC just played a talking head where Chris says he's worried that Becca's never been in love before because that might mean she'll never fall in love with him — um, what?

And now, it seems that post Fantasy Suite-night with Becca, post-finding out she's a virgin, he insinuates that he slept with her — and now, suddenly, he's completely unsure about their relationship.

But here's the thing: Chris seemed unsure about their relationship before that Fantasy Suite date and, now that he may have slept with her, he's having doubts and rationalizing his doubts by saying that Becca is young and inexperienced and isn't ready to fall in love with him yet. What, did all this clarity come from one night in the Fantasy Suite? Because I'm pretty sure you were aware of all of those things before you even handed her the key. It's obvious he's feeling regret over whatever happened between them, and I'd feel sorry for him if, you know, he wasn't in total control of his own actions.

Oh, Chris. I've tried so hard to like you all season, but the closer we get to the end, the harder that particular mission becomes.