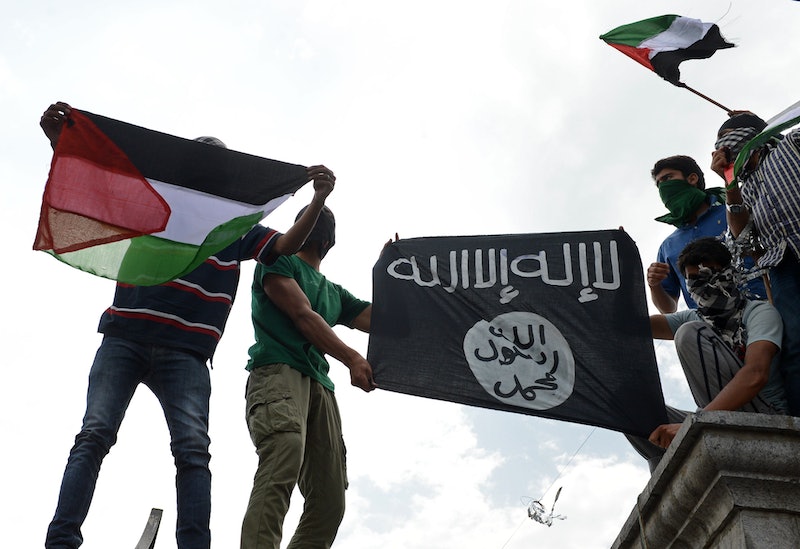 The Islamic State of Iraq and Syria has reportedly captured a group of Christians on Monday after ravaging a town in the northeastern Syria province of al-Hasakah. Reports from the region claim at least 70 Assyrian Christians have been kidnapped by ISIS militants, but as many as 100 people could have been abducted this week by the terrorist group. This is the latest in a string of assaults against Christians by ISIS militants in the region.

According to A Demand For Action, a human rights organization focused on minority groups in Syria and the greater Middle East, the militants captured between 70 and 100 Christians living in the northeastern Syria town of Tal Tamr and the surrounding areas. A Demand For Action believes about 3,000 people were able to escape the attack, fleeing to nearby cities Hassakah and Qamishli.

Some news reports, including from BBC News, puts the number of abductees at 90. The Syrian Observatory for Human Rights, another organization following the ongoing conflict in Syria, released a report on Monday stating 56 Assyrian Christians have been captured by ISIS in or around Tal Tamr, while dozens of others have been taken by the terrorist group in Tal Hermez. Sources told the Syrian Observatory for Human Rights that they heard ISIS militants say, via wireless channels, that "56 crusaders" were captured.

A Demand For Action, and other activists and supporters have been using the hashtag #WeAreAllKhabour because these latest ISIS assaults have taken place in towns and cities along Syria's Khabour River, where a crisis has been unfolding. A Demand For Action said in a Facebook post on Tuesday that 10 Assyrian villages on the south bank of Khabour have been under attack of ISIS.

All these villages have been emptied of their inhabitants. People have been driven to cities like Hassakah and Qamishli in loaded buses, where they have taken refuge with relatives. … One church has been burnt down in i Qabr Shamiye (Dizen Khteta in Assyrian/Syriac). Around 70-100 women and children, mostly from Tel Shamiram, are being held captive by IS.

According to A Demand For Action, the towns on the north bank of Khabour have yet to be evacuated. However, the group has confirmed one casualty in the northern region — 19-year-old Milad Bazi from Tel Baz, reportedly shot to death by an ISIS militant.

BBC News reports that there are just 40,000 Assyrian Christians in Syria. Most of the Assyrians make their home in the currently embattled al-Hasakah province.