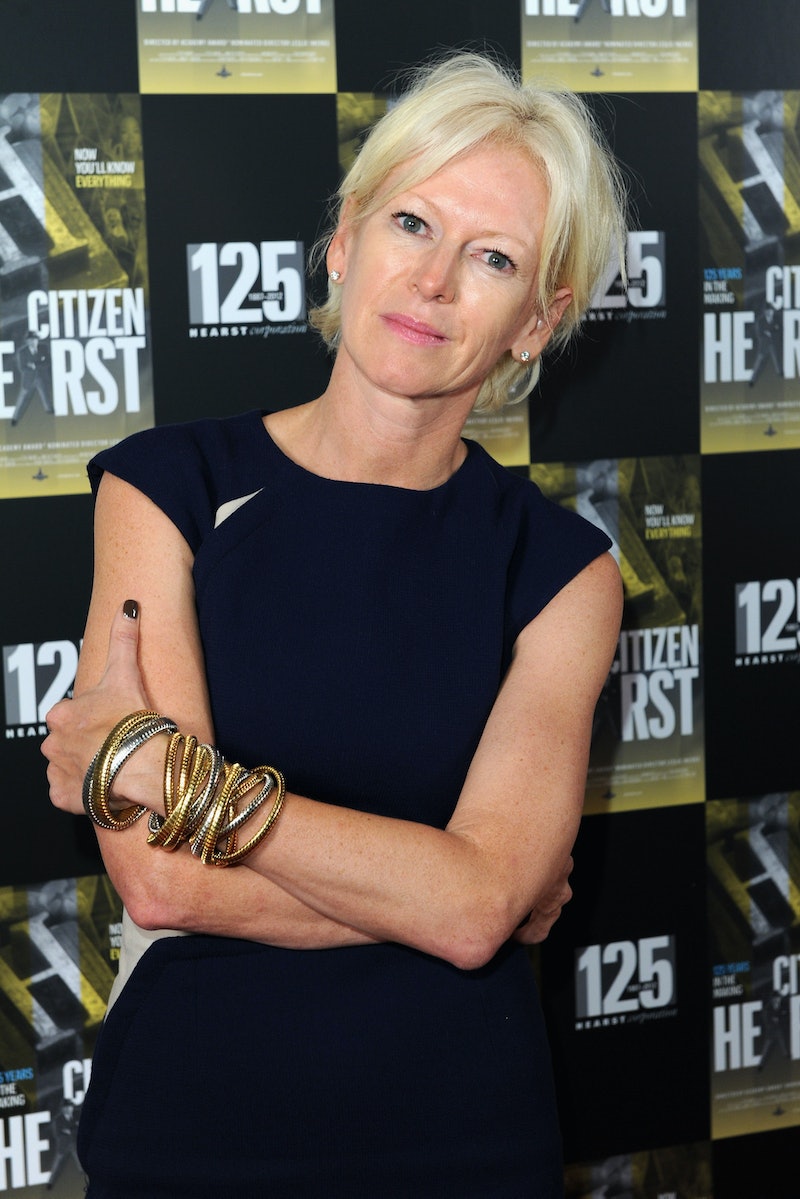 At a dinner in her honor yesterday, Cosmopolitan's Editor-in-Chief Joanna Coles said she'd like the magazine to have a newfound focus on politics.

"I think it’s very important that we stay on top of political issues that impact young women," Joanna Coles said. Coles listed healthcare, gun violence, and the gender wage gap as issues that she's passionate about.

What would this change mean for Cosmo, a magazine that typically features celebrities, sex tips, and beauty routines on its cover? Are women really interested in more than pleasing their man? Are they actually intrigued by politics? Well I never!

As a female journalist who's interested in entertainment and fashion, I can confirm that many women are also, shocker, into politics, too. Although I think this step is overdue, I applaud Coles' plan to change it up expand Cosmo's coverage.

Of course, other women's magazines, including Vogue, Glamour and Elle, have already made it a point to prove that women writers and readers alike can expect serious journalism, and that their magazines can deliver.

After a slap in the face by Port Magazine this month, women writers and readers have even more to prove, it seems. In the magazine's cover story, six male editors discuss the future of print media. One female editor, Anna Wintour of Vogue, declined to participate.

Port's Editor-in-Chief, Dan Crowe, then went on to suggest that women writers and publications weren't capable of serious journalism. “Unfortunately these are not the people editing” truly excellent magazines, Crowe said of women editors.

Cosmo's website has already made some changes. On the magazine's homepage Wednesday, there was even a story on the 20-week abortion ban. And next to it, an article on underwear that shouldn't exist, for good measure. Some may be cynical and suggest that stories like this shouldn't co-exist, especially right next to each other. But why should publications have to hide or sacrifice some stories in order to be taken seriously or seem intelligent? A publication geared toward women should cover all platforms, leave no stone unturned, and should never assume that they only have one kind of reader.

Is my interest in politics invalidated because I admit to Keeping Up With the Kardashians? It shouldn't be. Women shouldn't have to pick between hard news and entertainment: this should be one area where we can realistically have it all.