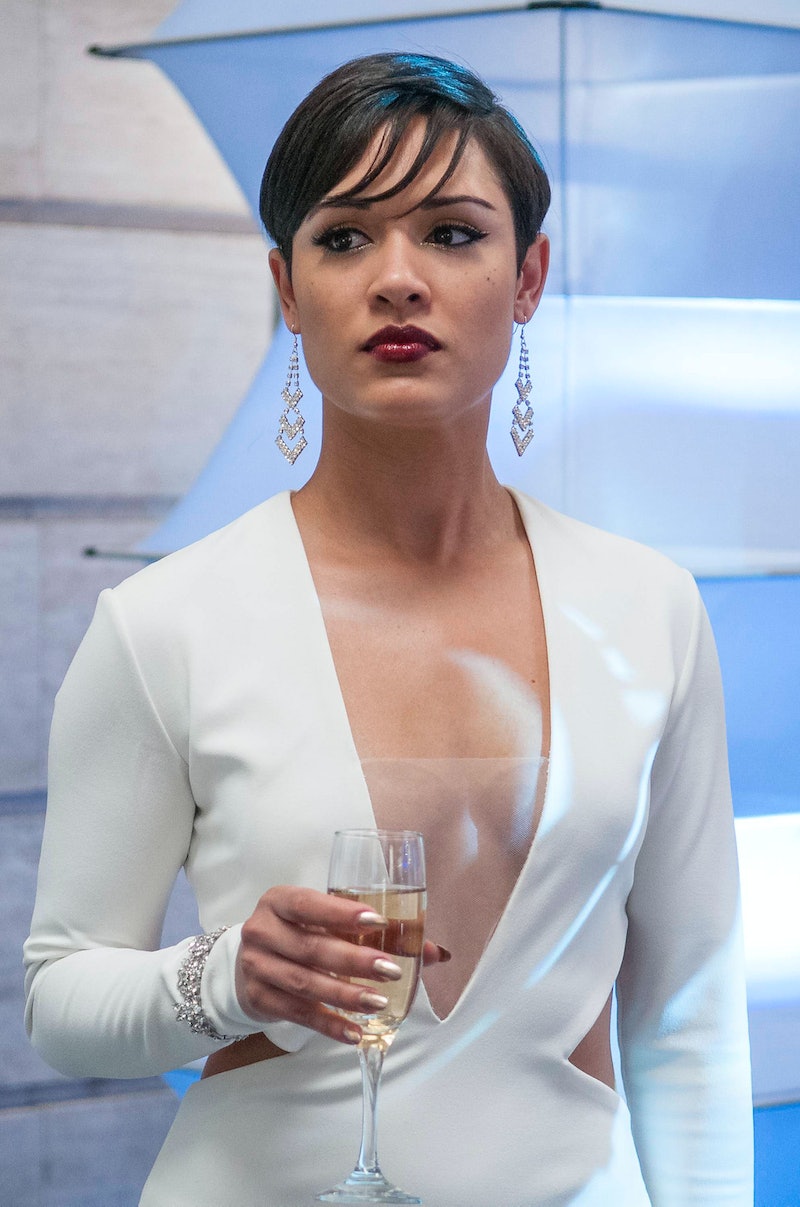 It's safe to say that things are really starting to heat up on Empire, both physically and emotionally. The former, of course, is in reference to Cookie and Lucious' hook-up from last week, which proved to be just as satisfying as we had all hoped. And the latter, well, that's in regards to Lucious' fiancée, who saw the affair with her own eyes and leaves us with one very vital question: how will Anika handle Lucious' latest cheating endeavor? We know from Anika's recent chat with her mother that this isn't the first time her fiancé has failed to remain faithful. But this is different. Cookie is not simply some one night stand. She is the mother of Lucious' children and the woman who helped to create his empire, which therein makes her all the more threatening.

As we're all well aware of by now, Cookie has such a radiant presence and magnetic personality that you can't help but immediately fall in love with her. I mean, how is a person supposed to compete with someone like that? Well, in Anika's case, she may not get mad — but rest assured she will get even. Sure, she may not have the same mesmerizing quality as Cookie, but that doesn't mean we should by any means underestimate her. After all, there's no wrath like a woman scorned, and the way I see it, there are a couple of different ways Anika could choose to make her next move.

As angry as she undoubtedly is, I believe that Anika really does love Lucious in spite of his infidelities. Anika may decide that the best way to save their sinking relationship would be to keep quiet and act like she's completely unaware of what he's done. This would allow her to keep Lucious close, while attempting to sabotage his growing affections for ex-wife. After all, we already know she has knack for deception (i.e. spiking Courtney Love's drink). Speaking of which…

She's already approached Porsha once about coming to work for her and this latest scandal might be just the incentive she needed to make this plan come to fruition. With Porsha acting as her eyes and ears, Anika could easily gain access to the many secrets in Cookie's life, assuming this assistant agrees to become a double agent. But given how poorly Cookie treats her, I have a feeling that if given the right price, Porsha could be swayed over to the dark side and help to initiate Cookie's downfall.

Let's not forget that Anika holds a lot of cards in her hands at this point in time. Not only does she know about Lucious' ALS diagnosis, but she's also privy to a ton of his family's secrets — all of which she could threaten to expose to the press if he doesn't agree to end his affair right then and there. Then there's the fact that Lucious is relying on Anika's father to give him a false clean bill of health that would allow Empire's IPO proceedings to continue. She may still not be aware of this little arrangement, but her threats could be a reminder of just how much Lucious stands to lose if he ruined things with his bride-to-be. It may be enough to get him to cut off ties with Cookie for good. Or at least temporarily. (There's no way he could stay away from that lady for too long.)

Keep your friends close and your enemies closer, right? Plus, who wouldn't love seeing these two become fake BFFs? Regardless of either character's motives, I'm totally into this plan. Bring on the bonding!