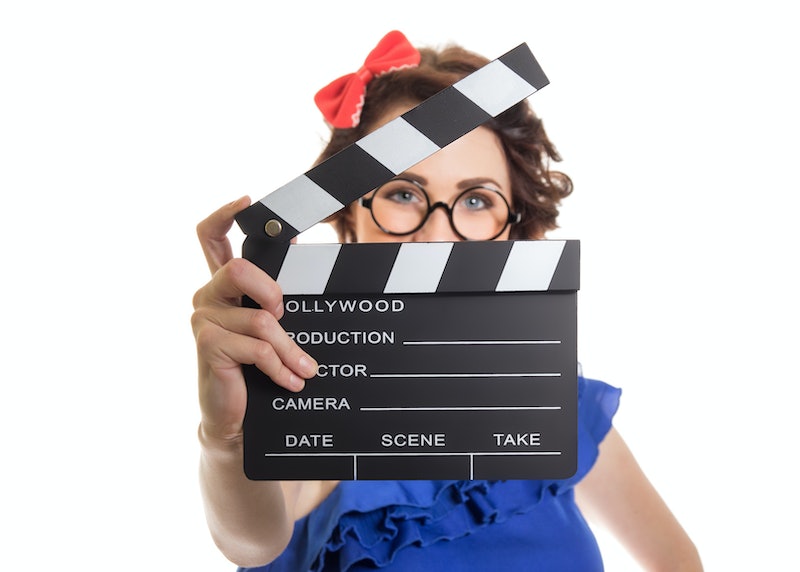 Oh, Hollywood — your sexist habits and mistreatment of women never ceases to amaze us, whether its in front of, behind, under, over, or to the left of the camera. After bringing the Internet’s attention to the shitty, objectifying, and soul-sucking conditions to which actresses are constantly subjected, Katrina Day is expanding her Lady Parts Tumblr into a webseries via a Lady Parts Kickstarter campaign.

For those of you just joining us, Day’s Lady Parts Tumblr is a compilation of the offensive, reductive, and amazingly prevalent breakdowns (AKA descriptions of roles for casting calls) that actresses have to sift through on a daily basis. Many of the breakdowns call for hot women who won’t have lines — because of course being as cast as human props is exactly why they've all spent so much time, energy, and money attending acting school in the first place (hi there, dripping sarcasm!). Some of the calls are more blatantly sexist than others, looking for women with “an ass that makes you believe in heaven” or who is comfortable playing “a nasty ass hoe.” Character breakdowns have such a way with words, don't they?

And while scrolling through the Lady Parts Tumblr will make you laugh at the absurdity of it all, it will also make you want to cry: These are the opportunities that are being offered to passionate, driven women who are trying to build their careers? Seriously? And what's more, we know this isn't only an early career problem; even established actresses battle against these sorts of issues. The number of female-led movies is currently the lowest it's been since 2002 — on top of which I'll ask you to consider this: When was the last time you heard about a male actor reading a breakdown focusing on his derrière?

In hopes of evening out the playing field, Day is creating a Lady Parts webseries. In her words, “instead of just pointing out that we need better representations of women in the media we consume, Lady Parts wants to MAKE better female characters, too.” In order to do so, Day started a Kickstarter campaign to raise funds for her projects; she also collaborated with Upworthy to make a video featuring actresses discussing their experiences with these sexist, bullshit casting calls. Here are some of the parts that made their blood boil — and with good reason:

So they basically just want half-naked women for the background of their scene. Awesome.

Because we all know that you can’t be “real” and “butchy” at the same time. Or something.

There are no words for how awful this “part” sounds.

These roles, which aren’t even the worst of it, give us an idea of how Hollywood so frequently uses women. As Day says, “We just want to play human beings rather than bodies… that’s it.” Isn’t it time that more women are given the opportunity to play something other than a pair of breasts? I certainly think so.

Watch the whole video below, and click here to learn more about the Kickstarter campaign.