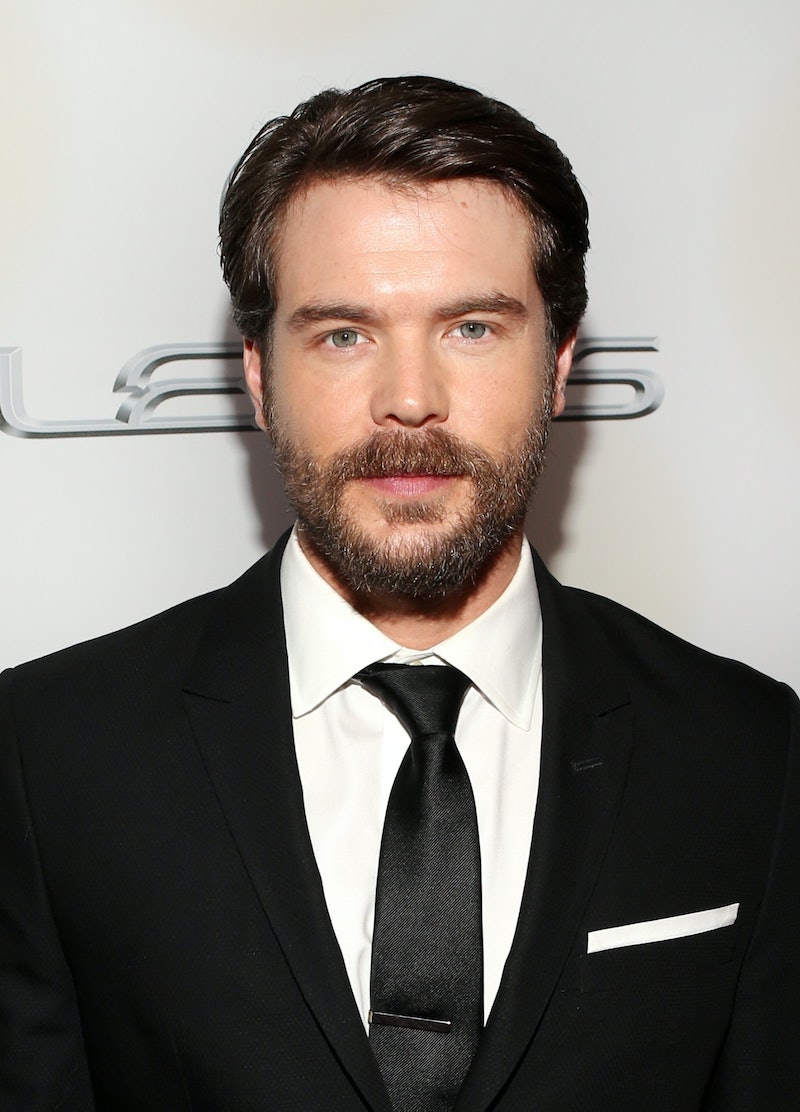 Well, well, well. Frank Delfino is getting married. How To Get Away With Murder star Charlie Weber is engaged, the actor announced Tuesday on Steve Harvey. Apparently, the actor has been engaged for a little under a year and this is the first time he's announced the news publicly. I guess he does embody at least one Frank trait — he's a good secret keeper. He told Steve Harvey,

After we shot the [HTGAWM] pilot in Philadelphia, I came home and proposed to my girlfriend. I did it. We've been engaged for just under a year and I'm taking her to Bora Bora.

Weber didn't reveal the identity of his fiancée, but he did reveal how he also likes to spend time with his lady love. He said,

For me, I like to keep it simple and I like to cook a real nice dinner and just a nice bottle of wine. Two people alone, together, in a nice intimate setting and that's what I like to do.

Also, it looks like Weber's HTGAWM co-stars will be in attendance at the wedding. Per Weber's co-star and onscreen love Karla Souza, she told Us Weekly, "We just got his email saying 'Can I have your address?' so it'll be very, very fun."

Oh, and in keeping with the topic that Weber can keep a secret like his character, he also has a 10-year-old daughter. So, if you didn't know that, now you do.

Congrats to Weber on the exciting news!