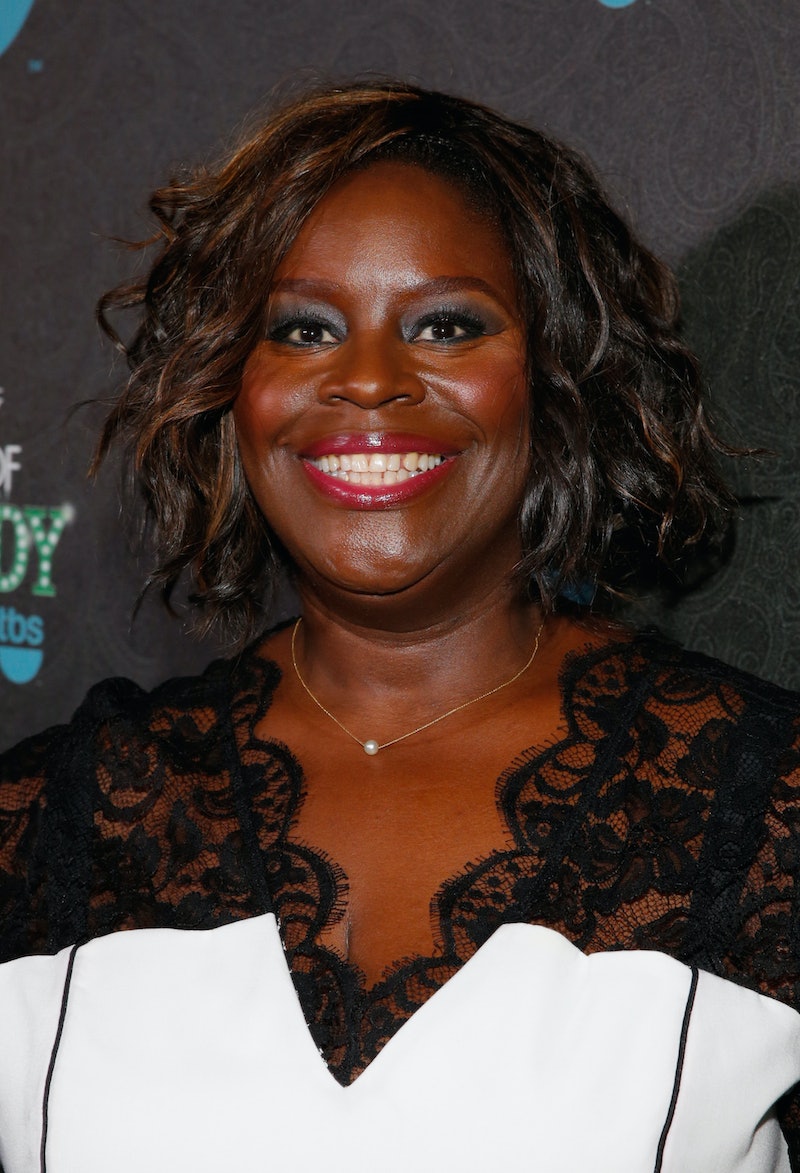 The final episode of Parks and Recreation airs on Tuesday, Feb. 24, so it’s time for us to get squishy and sentimental like Leslie Knope does about pretty much everything. Speaking of being super adorable and looking back on significant life experiences, Retta talked about getting to know the cast of Parks and Recreation in an interview with Vulture. The things she has to say about her co-workers will make your heart melt like a pat of sweet Pawnee butter on a waffle from JJ’s.

Just some of the highlights of the interview are as follows: She says that Nick Offerman is a “fearless performer” as well as “one of the loveliest guys ever.” Even if liking Jerry is social suicide in their fictional workplace, Retta shares her tenderness for her trailer-mate and “set husband” Jim O’Heir. April Ludgate may be the self-appointed devil queen of the Parks department, but Retta outs Aubrey Plaza as a “super sweet” and “kind and loving” person.

Seriously, guys. Judging from Retta’s sweet words, we can judge that the set of Parks and Recreation is a playful space of love and mutual admiration, just as we had hoped.

I also learned a few unexpected and interesting things about the people behind these beloved characters from reading her interview. From who throws the best parties, to Ben Wyatt’s taste in TV, here are seven things I learned from Retta’s Vulture interview.

Retta cracked Amy Poehler up in their first on-screen interaction

Although she didn't improvise much before Parks and Rec, Retta remembers having to improvise a line during Donna and Leslie's first interaction. In the scene Leslie asked Donna where a leaf that was pinned to her bulletin board was from, and through her trepidation about being totally off the cuff, replied "outside." This pushed Poehler over the edge: "After they yelled 'Cut,' Amy died laughing." I can't say that I'm surprised about Amy Poehler being wonderful and laughing a lot, but I'm always happy to hear a story about it.

Aziz Ansari is a rather pensive fellow

Judging from his stand-up and his zany portrayal of Tom Haverford, you would guess that Aziz Ansari would be a ball of energy all the time. According to Retta, he's a little more stoic than you'd think. "Aziz was kind of in his head a lot," Retta remembered her impression of him before they got to know each other, "He thinks a lot."

I mean, who wouldn't want to go to Rashida Jones' birthday party? Retta mentioned that the actress' birthday bash is one of her favorite parties to go to. Usually, Jones' dad (music legend Quincy Jones) hosts a super star-studded bash that somehow ends up being very casual. Retta remembered, "Last year I was like, 'I can’t believe I’m at a party with Katy Perry.'" Ann Perkins, you magical thrower of otherworldly get-togethers.

Retta calls O'Heir her set-husband, and it's clear that the pair is super close. She remembers that one of the first conversations they had was over his excitement at getting invited to a Grammys gifting suite. From then on, they'd dish about which ones they were gonna attend. "It was like, 'They give us free s--t! What?' It was very exciting for us," she says. Free stuff is basically friendship glue.

One of the first ways Retta remembers finding common ground with Adam Scott was over reality TV. "One day we were in the makeup trailer and I found out that, one, he watched The Bachelor, and that we kind of loved the same TV shows." Scott's character Ben Wyatt would be more into Game of Thrones than The Bachelor, but it's pretty gratifying to know that the actor appreciates guilty pleasure reality TV.

The last take of every scene is a free-for-all

Retta says that the directors and writers allow the cast to go off-script and do whatever they want on each scene. "Every scene, we do a take, the last take, that’s called the 'fun run.' It’s where you can do whatever you want as long as you take the story where it’s supposed to go."

Retta recalled filming a scene from an episode called "The Possum," where the cast filmed with a live possum. Jetta remembers watching Pratt get in the zone for a scene in which the possum had to attack him in a predictably hilarious way: "Before we were shooting, I see that Chris is talking to the possum. And he’s talking s--t to the possum." Oh, Andy. You never cease to make my heart sing.