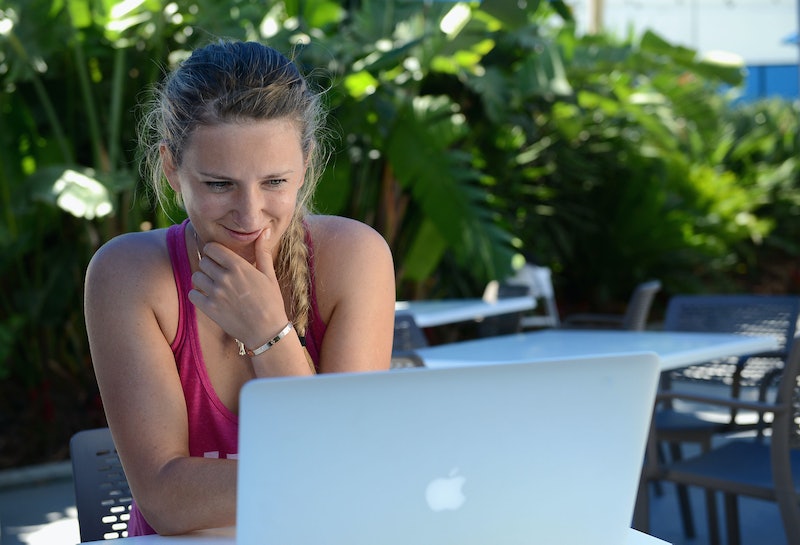 We've known for a while that the NSA is mining through our cyber-info and keeping an eye out for any "red flags." (Take, for example, that New York couple who searched for "pressure cooker" and "backpack" in an effort to update some of their possessions, and were promptly visited by police.) Yeah, it's uncomfortable to think about, but what can you do, right? Well, Benjamin Grosser, an art teacher from Illinois, has an alternative: ScareMail, a Gmail extension that peppers your messages with "scare words:" "al-Qaeda," “al-Shabab," “domestic nuclear detection,” “cyber attack,” “North Korea,” “chemical burn,” and a whole bunch more. Grosser wasn't speculating about what these "red flags" might be — he pulled the words and phrases directly from a Homeland Security document outlining the major words for which they mine e-mails and messages.

The idea is this: if everyone is routinely shoving "red flag" words into their messages, then the NSA's work essentially becomes a wild-goose chase. It's essentially impossible to put a halt to their surveillance tactics at this point, aside from the "checks and balances" that President Obama insists will happen, so this is a clever way to void all of the work the NSA is doing. ScareMail is designed to incite controversy, since it's intended to negate billions of dollars' worth of federal money, not to mention waste the talents of the country's best analysts. Still, you can't say that Grosser didn't think outside the box.

Grosser himself is a recent graduate and art teacher, so he regards himself as an artist whose work is designed to provoke big questions. On his website, he offers an explanation:

The ability to use whatever words we want is one of our most basic freedoms, yet the NSA’s growing surveillance of electronic speech threatens our first amendment rights. All ScareMail does is add words from the English language to emails written by users of the software. By doing so, ScareMail reveals one of the primary flaws of the NSA’s surveillance efforts: words do not equal intent.

In this case, the "big questions" Grosser wants to invite to the public forum are the exact same ones that the Guardian, the New York Times, Edward Snowden, and a swathe of the American public have been asking for, um, quite a while now.

As to whether or not the Gmail extension will catch on, we'll just have to wait and see.

As a side note, you might lose a couple of friends in your artistic journey if you keep sending them emails like this...