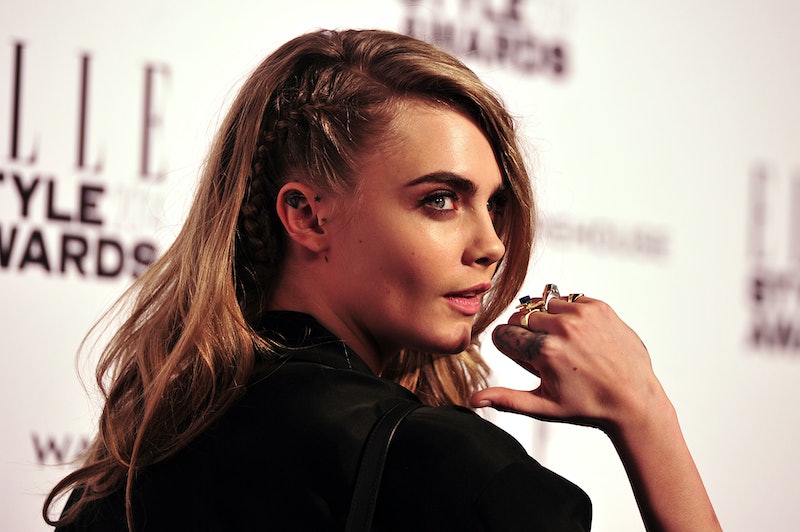 It might not get the same amount of attention as The Oscars, but there was no shortage of glamour and star power at the annual ELLE Style Awards 2015. Winners Christopher Bailey, Manolo Blahnik, and Cara Delevingne hobnobbed on the red carpet with some very familiar faces from the worlds of music and film, including Diane Kruger, Rebel Wilson, and Lindsay Lohan.

Held at the Walkie Talkie Sky Garden in London, the ELLE Style Awards honored the year's biggest tastemakers and trendsetters while also celebrating the end of another successful London Fashion Week. Taylor Swift — rocking a gorgeous green dress and slicked back hair — accepted her Woman of the Year award from good friend and fellow Grammy winner Sam Smith. Meanwhile, the "Stay With Me" singer was named Musician of the Year at the fashionable fête.

Check out more winners and red carpet looks from the ELLE Style Awards below:

Rosie Huntington-Whiteley (Model of the Year)

Sam Smith (Musician of the Year)

Taylor Swift (Woman of the Year)