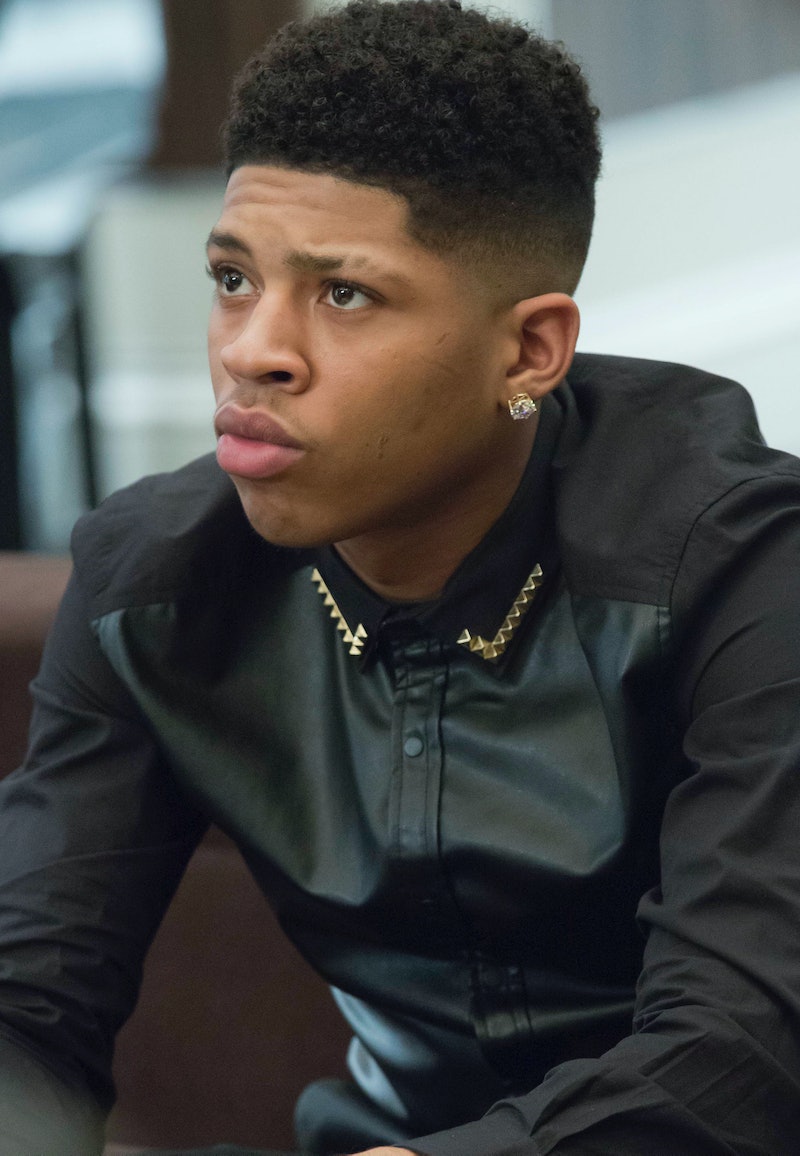 Hakeem Lyon may be digging himself a hole on Empire, but the young artist who plays him is hotter than ever. However, why does Bryshere Gray go by "Yazz the Greatest"? Is there an origin story here? Was it intentional or random, like the rumor that Donald Glover's alias "Childish Gambino" was created by an internet Wu-Tang name generator? Is it a combination of yes and jazz? What does Yazz mean and why is he the greatest at it? If you go to Gray's Twitter account, you see that his stage persona also includes the title "the Prince of America." That's a pretty big responsibility. How did he come up with all of this? I'm guessing that "Yazz" has nothing to do with the similar-sounding birth control. How did he get from Bryshere Y. Gray to Yazz The Greatest, the Prince of America?

It's also interesting to me that, while the Empire soundtracks boast songs that are "Featuring Yazz," he is listed as Bryshere Gray in the credits. If this is a way to distance himself from his own music, I don't understand it. You don't see Ice-T credited on Law And Order: SVU as his birth name, Tracy Marrow. This isn't to say that I'm worried for Yazz. He's talented enough to break out with or without the Fox series behind him. His debut album, in fact, will drop in 2015. As for the story behind Yazz the Greatest, this is how Bryshere Gray described the origin of his stage name in an interview with the Philadelphia Inquirer,

Well, it's just a name I created once I started figuring out my rapping flow, my cadence, and everything. . . . I wanted something that was brand-new and risky. I'm a risky person.

There is a particular cadence to "Yazz the Greatest, the Prince of America" that seems to fit the young artist. Is that what he means? Did he play around with words and sounds until the rhythm sounded right? Did he name himself based on stressed syllables and scansion? Forgive me for this reference, but that's very Shakespearean of Yazz the Greatest. It reminds me of trying to figure out what iambic pentameter is all about. It's no wonder Gray was hired on Empire, a show that draws heavily from classic drama and themes.

He is sometimes credited with the middle initial "y," however it's difficult to tell if his middle name starts with "y" or if it just stands for Yazz. Does "the Greatest" have to do with his last name, Gray? That would be a creative way to honor your family. It's simple and touching. Family is very important to Yazz. In the same interview with the Inquirer, he talks about becoming Uncle Yazz and touring with his mom to Philadelphia area schools. In fact... could "Prince" have to do with him being born and raised in West Philadelphia, like a certain sitcom Prince? It's possible.

On the other hand, is calling himself "the Greatest" the risk factor that Yazz was referring to in the interview? If so, that's kind of adorable. Hyperbolic confidence is expected in this industry at this point. It may not be so hard to pull off in real life, but I barely bat my eye when I read it in a stage name.