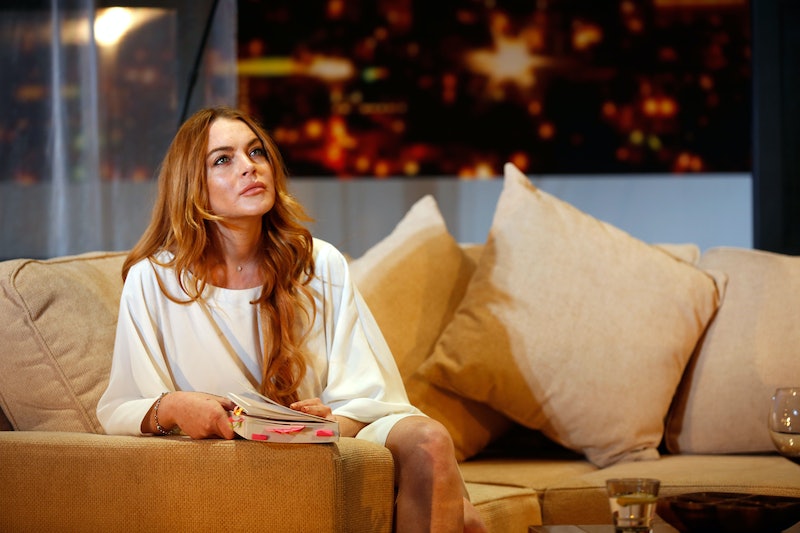 It's been so long since we heard a story about Lindsay Lohan being shady that I was starting to get worried about the old gal, but thankfully she's back on the scene with another doozy. According to TMZ, Lohan is attempting to get community service credit for hours she spent onstage acting in the London production of "Speed The Plow." (You remember, that show she forgot her lines during the opening night performance of?) She is required to complete 240 hours of community service as part of her probation for a reckless driving sentencing in 2012, and although she's presented those hours to a judge as completed through a London-based charity called CSV, prosecutor Terry White isn't convinced. He's been combing through Lohan's reported hours and has allegedly found enough irregularities that he believes she is in violation of her probation. There's our girl!

At the center of White's argument for revoking Lohan's probation is a day on which she participated in a meet-and-greet with disadvantaged children through "Speed The Plow." She received six hours of credit from CSV for that event, but further scrutiny shows that two of those hours were for her matinee performance of the show... and that another two were for the evening performance. So effectively, if this is true, it means that in at least one instance, Lohan claimed 200 percent more community hours than she'd actually earned. Can't spell shady without L-I-L-O!

In another instance, White says that CSV represented that Lohan completed hours from 11:00 a.m. to 3:00 p.m., which he discovered was impossible, as the play began at 3:00 p.m. that day, and not only did Lohan have to get there a minimum of 35 minutes early, but she lived six miles away from the theater. And let me tell you, as someone who watched "Lindsay" on OWN, she doesn't strike me as the type of person who wants to work right up to the moment that she has to leave to go to her next job. Doesn't leave nearly enough time for swanning about her apartment, trying on clothes. But what do I know, I just watched her reality show.

The person who actually needs to make a decision about this is the judge in the case, whom White will ask to throw out Lohan's hours and revoke her probation on the grounds that CSV kept faulty records. I don't want to be too pessimistic, here, but stay tuned for a disappointing slap on the wrist.