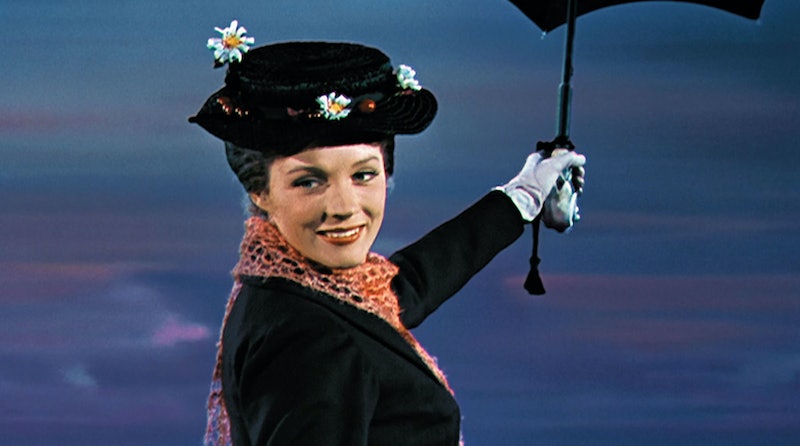 Sugar, especially when served in a spoon, is great and all, but what truly helps guide the medicine down with ease is a hearty headbang. YouTube genius Andy Rehfeldt reworked the classic childhood musical Mary Popping to give it a little more...edge. It's moderately insane to imagine as a theory—sweetheart Julie Andrews as Mary Poppins warping her maternal, sing-song vocals to match the gravely growls of a death metal vocalist. And yet, somehow, Rehfeldt pulled it off, flawlessly having stitched in a backdrop of kick drum, soaring guitars, and frenetic pacing. Can you imagine the kid theoretically raised on this kind of soothing lullaby? (Because I can.) The actual vocals in the video are provided by Sera Hatchett of real metal band Mercy Brown who does an admirable job standing in for the famous flying nanny. Rehfeldt himself is responsible for arranging, playing, and recording all the fitting instruments to accompany.

Even the cartoons who act as a chorus get a nice spritz of Aquanet to their proverbial metal manes. Although, of course, the dubbed vocals for Poppin's remain most impressive. Man, if metal shows more frequently featured an airborne woman led by an umbrella and bellowing the whole time, my ears would most certainly ring more at this point in my life because I wouldn't be able to stay away. Inspiring stuff, y'all.