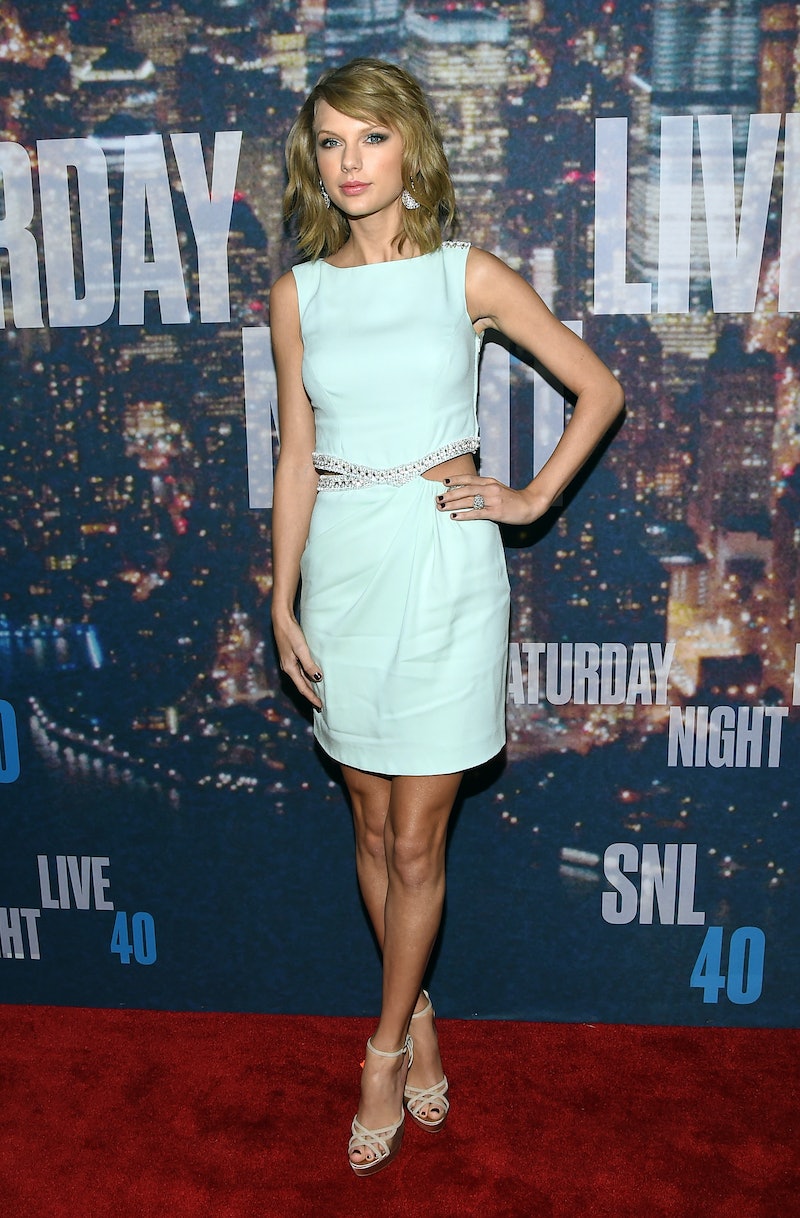 It's a fact: Taylor Swift is just one of those people who you feel protective over, even if you've never met her before. In case there was ever any doubt, she's spent the last year proving she's just about one of the nicest people ever through all of the good she's done for her fans. After all, what other celebrities are sending loads of Christmas presents to the people who buy their music? So it doesn't exactly come as a shock that many of her peers in the entertainment industry tend to want to shield her from the bad parts that come along with being a celeb — Madonna included. In a recent interview with Rolling Stone, Madonna revealed she wants to "embrace" Swift in the midst of the flack she occasionally gets for being so open about her past relationships in her music.

She has an opinion, and she's going against the norm. So in that respect, she is similar to me, yeah. And also, people just want to give her a hard time all the time because they think she's a goody-two-shoes, so of course I want to embrace her.

OK, is that the sweetest or what? And Madonna is far from the only celebrity who feels that way about Swift.

As one of Swift's BFFs, it's pretty much implied that she's ready to fight whoever dares to utter a bad word about Swift, and when Diplo took to Twitter to crack jokes about the size of Swift's butt, Lorde wasn't playing around. Fueled with comments about his tiny... you know what. Lesson learned: Do not mess with Taylor Swift unless you're willing to go toe-to-toe with Lorde, too.

This is an oldie, but a classic. Who doesn't love Beyonce standing up for Swift when Kanye West so famously interrupted her at the 2009 VMAs? When Beyonce takes the stage and demands that the VMAs give you your moment, everybody listens.

Remember the amount of hate Swift got when it was announced she'd be the new spokesperson for NYC tourism? The legendary Billy Joel was quick to come to her defense, telling USA Today:

You snoots. Let her in. That's what New York is all about. I say, "Welcome." I think she's a talented songwriter. She catches a lot of junk, maybe because she's so popular with young girls. But I like what she's projecting. I respect what she's doing.

In an interview with Howard Stern, Gaga admitted she "can't say anything bad" about Swift — mostly because she's got firsthand proof that she's a sincere person.

It was at the AMAs or something – her and I were sitting next to each other, and she goes, "Oh my god! I love ARTPOP! And I love 'Applause!' 'Applause' is my favorite song!' I was thinking, "Yeah, yeah, yeah, this chick is full of s–––," right?' [My stylist friend called and] goes, "Taylor Swift is here blasting ARTPOP so loud, and she is dancing, and she's posing" I said to myself, "I like this girl." You know why? Because she said the same thing to my face as she said behind my back. Yeah, I like her."