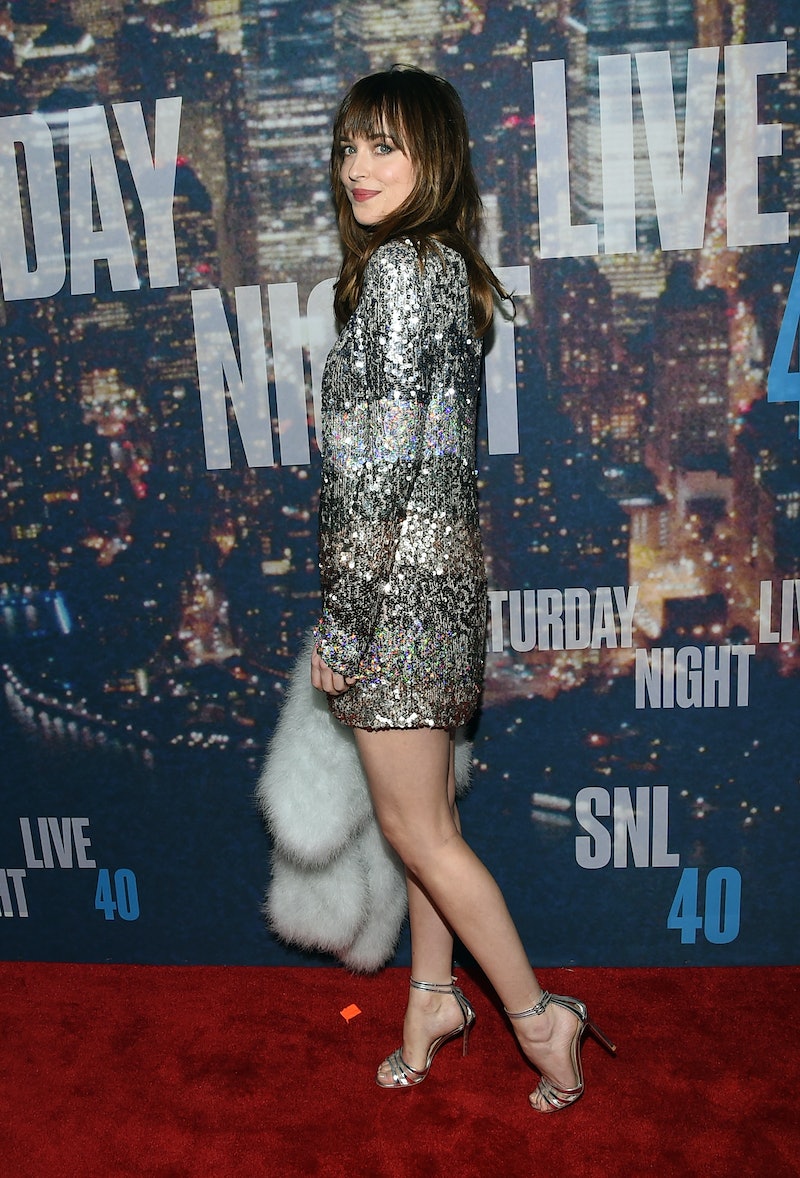 It's no question that Fifty Shades of Grey has become a huge cultural phenomenon. The racy S&M film, based on the bestselling book series, has been all over the place lately, and so has the movie's star, Dakota Johnson. Case in point: Dakota Johnson will be hosting Saturday Night Live this week, as she announced on the "SNL 40" Q&A bit earlier this month. And she treated fans to a promo Wednesday outlining what to expect for her show.

So what can we expect? Well, a lot of mockery surrounding the headlines of the past week. In the promo, Johnson pokes some fun at the obvious tension between her and her mother, Melanie Griffith, on the red carpet of the Oscars, when Griffith was asked repeatedly about Fifty Shades until Johnson finally interjected, "Mom, you don't have to see it." (In the new SNL promo, Johnson begs her mother to see it.) And then, of course, there's Fifty Shades itself, which is rife for parody — Johnson, in the promo, makes fun of Anastasia Steele's penchant for lip-biting, among other things.

It's a refreshing thing to see from Johnson, following reports surrounding Johnson's stiff chemistry with her costar in the film, Jamie Dornan. Hopefully, this proves for once and for all that Johnson really does have a sense of humor — not only about Fifty Shades, but also about herself.

Of course, we'll have to wait and see if the actual episode is just as funny as the promo. But so far, things look promising. After all, it wouldn't be the first time Johnson brought chuckles on TV. She was recently a guest on Jimmy Fallon's show, where she showed off her comedic chops, playing a game with Fallon in which she made ordinary phrases sound sexy.

Hopefully the audience will enjoy Johnson on SNL as much as they enjoyed her on Fallon, but, in the meantime, check out the promo for the upcoming episode for yourself below, and see what you think about the preview of Johnson's jokes.