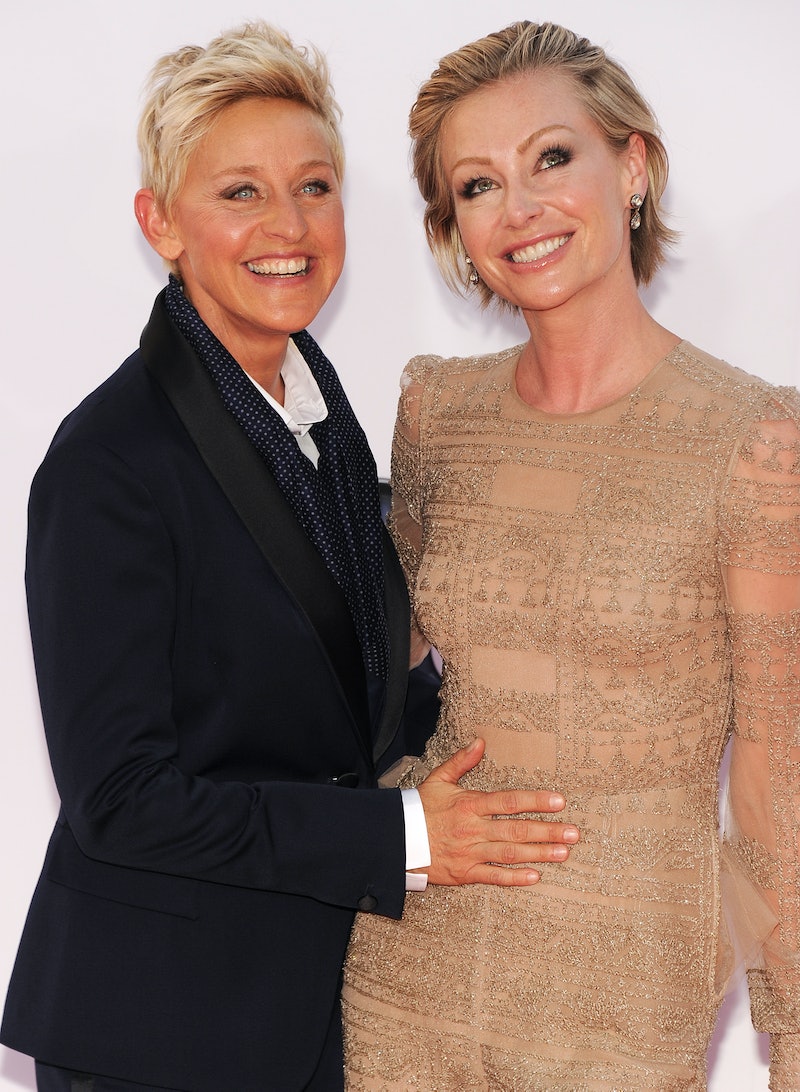 You may think that your relationship is built on a foundation of personal compatibility and emotional harmony, but in truth, it might be based in something far more shallow — and strange. It turns out that, according to science, people tend to be attracted to those who look like themselves. In other words, your search for your soulmate may in fact be a search for your doppleganger.

Does that sound sort of narcissistic to anyone else, or just me?

Researchers have been looking at this tendency to date those who look like us for some time now, and apparently think there's more to it than just the fact that some couples randomly happen to look alike. They believe that people actually are more likely to seek out relationships with those who look like themselves. But rather than being creepy, science insists that this tendency is really very understandable.

"When you have a face that looks more like you, you tend to trust it more and think it looks more cooperative," Tony Little, a research fellow in psychology at the University of Stirling in Scotland, told USA Today. In other words, we are more accepting of something that looks familiar — aka, just like us.

Debra Lieberman, on the other hand has a slightly different take. The University of Miami researcher thinks that our ideas about attraction might me based on "the similarity someone else has to the template that [we] built up of what counts as a healthy [partner]. It might come from what [your] father looks like and any other [people you were] around quite frequently growing up." So basically, it's not just about looking like you; it's about looking like the family that formed your initial ideas about people and relationships.

Whatever the reasons for it, it's clear that this tendency to seek out people who look like us is out there. Just check out some of these celebrity couples.

And, of course, many others. Many, many others. So what about you? Do you and your significant other look alike? Are any of your exes eerily similar to you? Well, at least you know you're not alone.

Plus, I suppose it does kind of fit; after all, it's no secret that people want to find someone who's like themselves when it comes to non-physical attributes. Whether it's political affiliation, or social class or even hard to quantify things like creativity, research has shown we overwhelmingly want someone who is more or less like ourselves. So why not just go ahead and extend that to physical appearance as well?

And if you're dating someone who look nothing like you or anyone else in your family at all, congratulations! You two must be exceptionally compatible. Or maybe you're just less narcissistic than the rest of us. Either way, good for you!