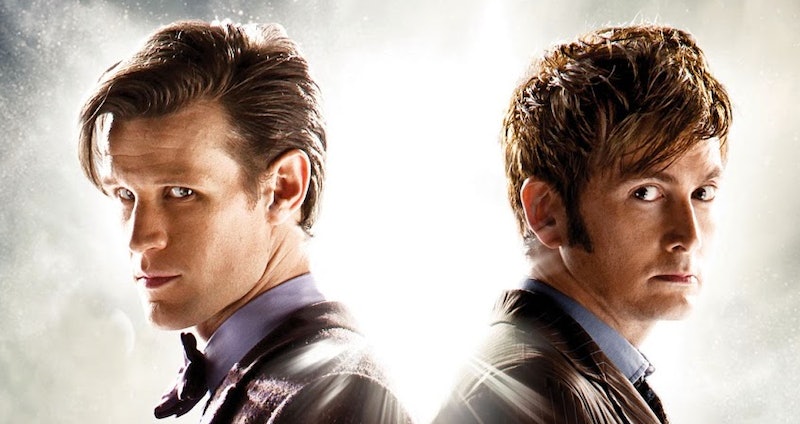 The Doctor Who 50th anniversary special is already much-anticipated: Two of the show's most beloved former cast-members — David Tennant and Billie Piper, aka the Tenth Doctor and companion Rose Tyler, respectively — are 100 percent definitely returning for the episode, and that's already enough to cause a thousand fanpeople to hyperventilate. Now, though, there's a rumor floating around. A very interesting rumor. A rumor that says another Doctor Who companion might also be returning.

["The Day of the Doctor"] will see favourites including David Tennant, Catherine Tate and Billie Piper returning to our screens alongside the most recent Doctor, Matt Smith.After producers teased the nation with incredibly brief snippet trailers of the one-off episode, entitled The Day Of The Doctor, OK! caught up with David and Catherine to see if we could get them to spill the beans on what the scriptwriters have in store for us.

This all comes courtesy of a scan from OK! Magazine, and nothing has been confirmed, so take this all with some heaping grains of rumor-flavored salt. It would also be a very complicated endeavor, considering that where we last left Tate's Donna Noble, she someone who had no memory of her time with the Doctor or of her role in saving the world.

But wouldn't it be great? Donna! Donna Noble and her sass, interacting with Matt Smith's Eleventh Doctor and Ten and Rose. Catherine Tate has shown interest in reprising the role before, it could happen maybe if we close our eyes and wish really hard. They should all be best friends and everything should be happy and emotionally harrowing, just like we want it to be!