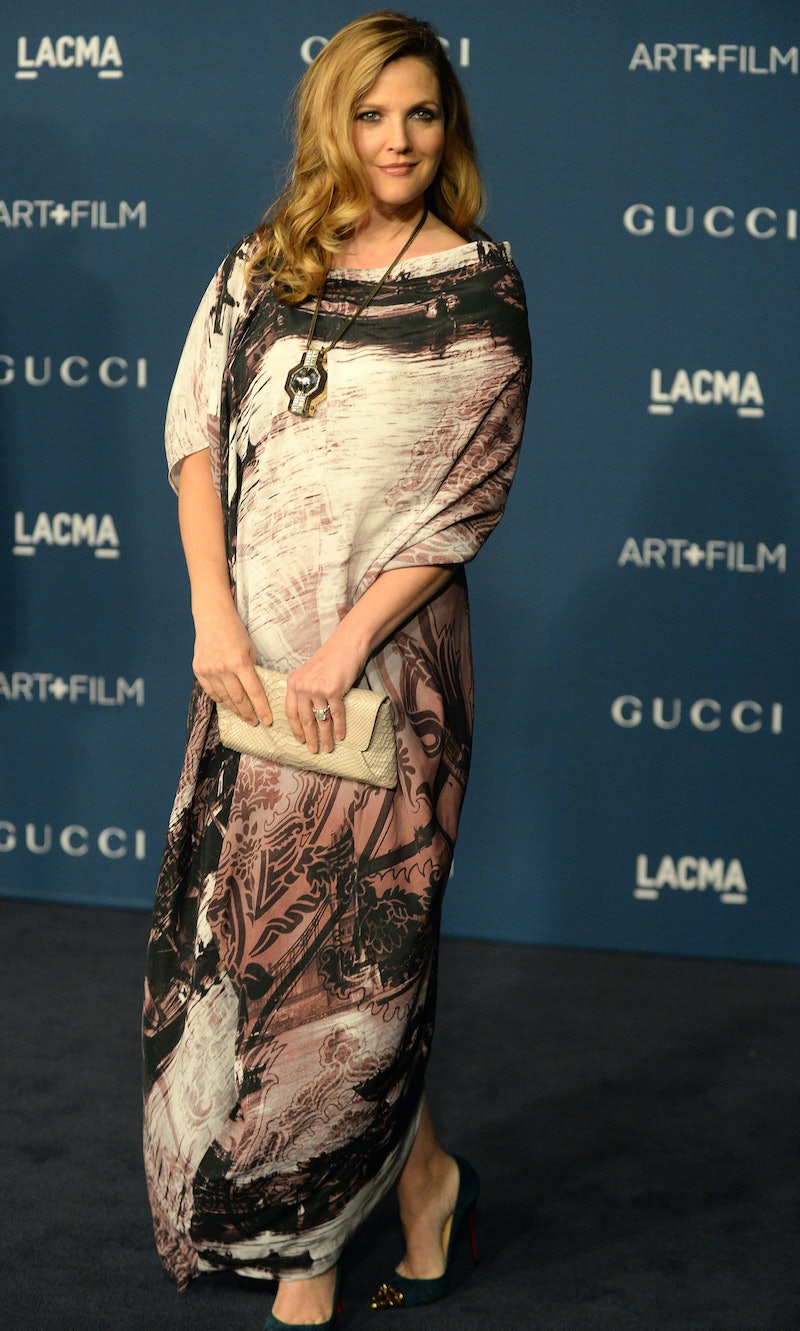 Drew Barrymore fans and bookworms, it's time to get excited. It looks like one of Hollywood's favorite actresses is adding "author" to her resumé. Yes, Drew Barrymore is writing a book about her life, as confirmed by People.

Barrymore will pen a collection of autobiographical essays for her book, which will be published by Dutton. The book, which does not yet have a title, will likely include some sad stories. After all, Barrymore had a less than stellar time growing up in the spotlight, especially since she first graced Hollywood at such a young age. (She was only 6 years old when she was picked for her breakout role in E.T.) Barrymore found herself in adult situations when she was still really just a child. And sadly, she fell into a pattern of alcoholism, drug addiction, and other self-destructive behavior before fighting the harmful habits to become not only a successful actress once more, but also a devoted and loving mother.

So, Barrymore will obviously not be short on writing material for her essays. But something interesting about her book is that she reportedly does not want the tone of her work to be too heavy or serious. Instead, she said in a statement, "I love stories that are humorous, emotional and welcoming, and that is my goal in writing this book." Fair enough. After all, this is coming from a woman who published a photography book full of pictures of heart-shaped objects. So in other words, Barrymore will prove in her new book the time-old phrase that laughter really is the best medicine.

There was certainly a lot for the actress to heal from. According to a publisher at Dutton, she plans to write about experiences such as living alone at age 14 and learning how to say goodbye to her father, who was known for being absentee as a parent figure. She plans to use a collection of experiences like these to illustrate how they led to a wonderful time in her life: being a mother.

As Barrymore fans will know already, being a mom is super important to her and she prioritizes her family above all else. But when it came to topics like pregnancy and baby weight, she kept her sense of humor by dishing about fantasizing about tamales and pan-fried Chinese food. As we have seen from her before, she is able to have a good laugh about topics that are often seen as taboo or serious in Hollywood. It's worth applauding her for going the extra mile to find a way to chuckle even in the face of adversity from her early years. It's safe to say that this book will be inspiring to women, not only to those who have gone through traumatic events at an early age, but also to those who are experiencing motherhood and finding the joy of being with a family of their own.