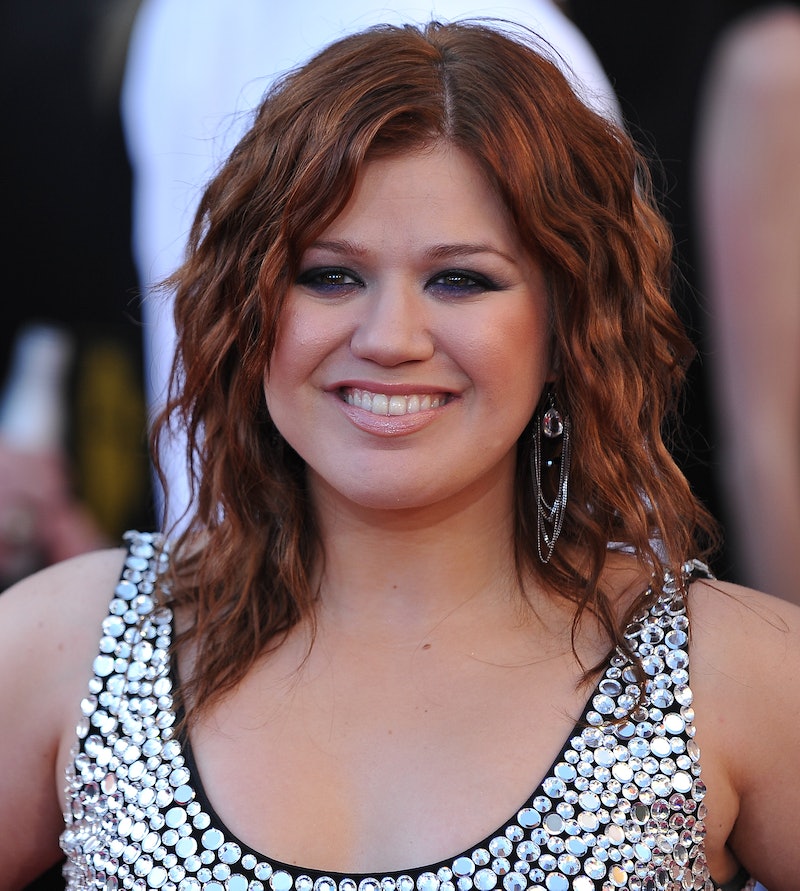 On Wednesday, as a part of the ongoing promotional campaign for her new album, Piece By Piece, Kelly Clarkson premiered "Take You High" — an epic electronic track that doesn't sound like anything else the 32-year-old American Idol winner has ever done before (and when you consider that she's been in the music industry for almost 12 years now, that's really saying something). "Take You High," which was co-written by Maureen "MoZella" McDonald (Miley Cyrus' "Wrecking Ball") and Jesse Shatkin (Sia's "Chandelier"), finds Clarkson promising to take her lover to places he's never been before. How... sexy! On the first verse, she sings:

We don't know where this is going now

But I'm feeling love for you

We don't know where this is going now

But don't be afraid tonight

Don't be afraid of heights, no

Let me open your heart wide

The intensity grows as the chorus begins, the percussion and strings building slowly in the background:

When your angels fall out of the sky

I'll be the wings that make you fly

When you come down I'll take you high

Finally, "Take You High" explodes into a flurry of synths and pounding beats, chopping up and manipulating Clarkson's voice to a point where it becomes almost unrecognizable. It's really cool and totally unexpected. Listen to the new track below.

It's so exciting to hear Clarkson experimenting with new sounds on her upcoming seventh studio album. At this point in her career, after all of the success she's had, I imagine it might be pretty tempting to just sit back, relax, and release 1,001 different variations of "Since U Been Gone" until it's time to retire. Instead, however, she's opted to continue to challenge herself as an artist, to continue to grow, and to continue to surprise and delight her fans. What can I say? She's one of my favorite singers for a reason.

"Take You High" is available on iTunes now.