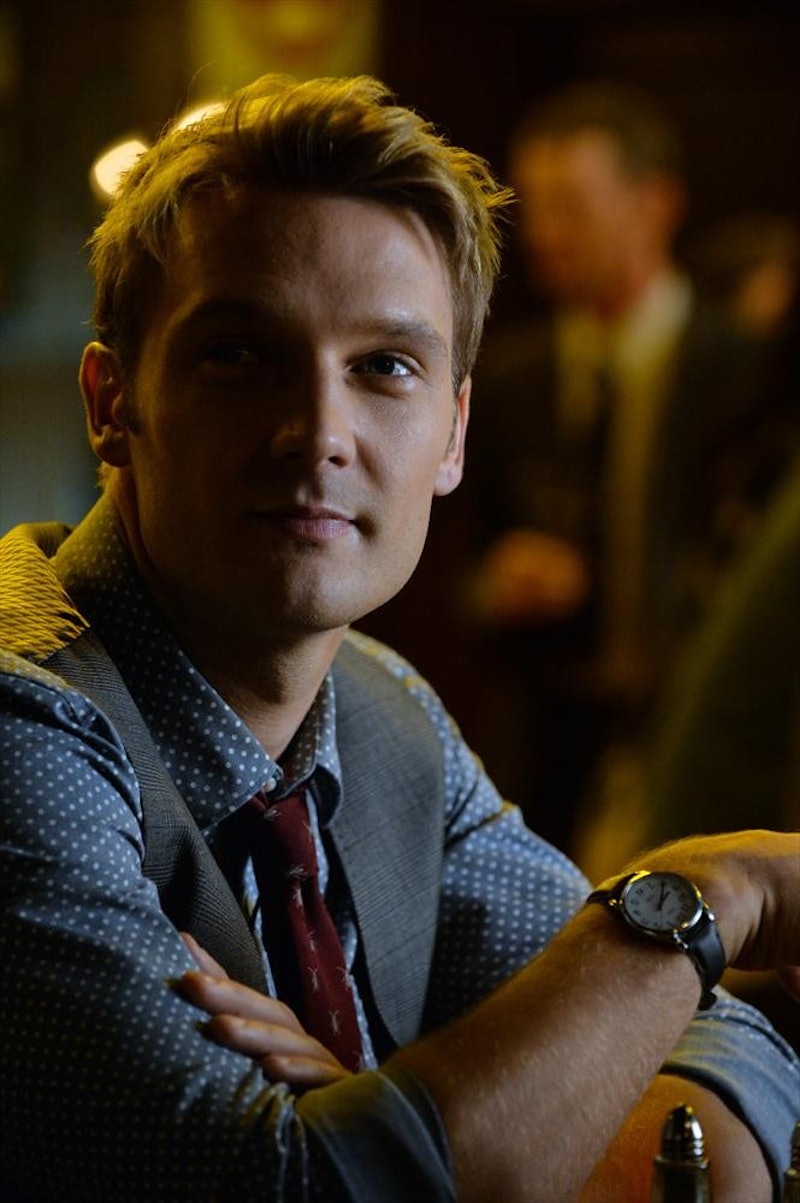 The life of a Liar is never easy, but things certainly seemed to take a turn for the better (for once) when our dear Spencer Hastings came face-to-face with Wren's roommate, Colin, played by actor Oliver Kieran-Jones. (Oxford interview aside, this dreamy bloke makes Spencer's little trip across the pond well worth it, amirite?) And while it has yet to be seen what exactly this newcomer's motives are — I generally make it a hard and fast rule not to trust anyone on this show — his character has already proven to be quite the charmer for not just us, but for Spencer as well. In fact, it may be safe to say he could become Toby's biggest competition. After all, Spencer's been known to have a thing for Brits. (Hi, Wren!)

But regardless of how he'll factor into the PLL equation down the line, some of you may be wondering where exactly you've seen this guy's face before. Because rest assured, this isn't the first time he's graced our television screens and I certainly hope it won't be the last. (What, he's really nice to look at, OK?) So just in case you're having a hard time placing him, here's a little extra intel about this show's latest addition.

Any of you Glee-bees out there should certainly recognize Jones as Kurt's college boyfriend Adam Crawford — though his presence might've left a bitter taste in your mouth since he served as a (temporary) roadblock for the show's star couple Klaine. However, he was also the leader of NYADA's glee club, the Adam's Apples, so he had some serious singing chops that made his stay well worth watching. (You know, just in case the accent itself wasn't swoon-worthy enough.) Still skeptical? Have a listen to his rendition of "Baby Got Back" (above) and I guarantee you'll change your tune.

OK, so that sentence may be semi-misleading given that he didn't actually work with Joey himself, but rather the actor who brought him to life in the first place, Matt LeBlanc. Jones plays the character of Andrew Lesley — an assistant-turned-filmmaker — in LeBlanc's latest small screen success, Episodes. But I mean, having any type of Friends connection at all is an automatic win in my book. How you doin?

Apart from his TV credits, Jones has a great deal of experience in U.K. theater circles as well, having starred alongside the likes of Ralph Fiennes in Julius Caesar and Kevin Spacey in Richard II. It's also worth noting that he graduated from LAMDA, which is the oldest and most prestigious drama schools in Britain.

Suffice to say, this guy is so much more than just eye candy and I hope he ends up sticking around in the PLL universe.