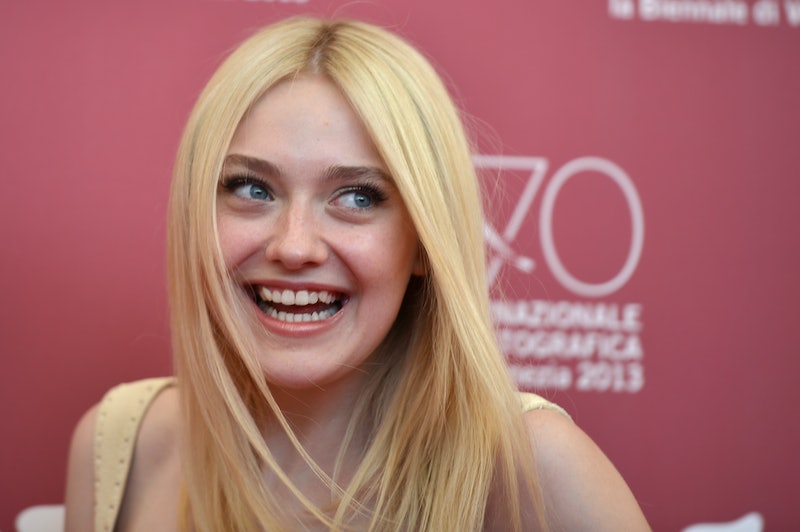 Ah, Dakota Fanning— we see her so rarely now that she's studying at NYU's Gallatin School of Individual Study (as of August 2015, according to The Independent, she was studying women in film — on the subject, she said "The one thing I've looked at about women in film is that it's very rare to find a female character that is not in some way validated by a relationship with a man and so I'm kind of interested in that." She really hit the nail on the head, eh?). All that aside — gosh darn it, Dakota, why'd you have to go and get educated? We want more fashion! I kid, I kid, but there's a grain of truth in that — after all, Dakota Fanning has a unique and quirky style, and she has good taste to spare.

Take her 21st birthday, for instance: She wore a metallic, butterfly-covered Valentino coat (in case you were wondering why it looked familiar, Blake Lively, along with several other stars, have worn a similar print from the design house) paired with a strappy black LBD, and she basically looked like the most stylish lady on the planet, when she was en route to Watch What Happens Live! Let's take a look:

Pretty glorious, eh? Hair game A+, red lip game A+, coat game A++++++. And here's the good thing: We might be seeing more of her in 2015. After all, she just starred in her most Oscar-nominatable movie yet. Fanning's got quite the year coming up for her.