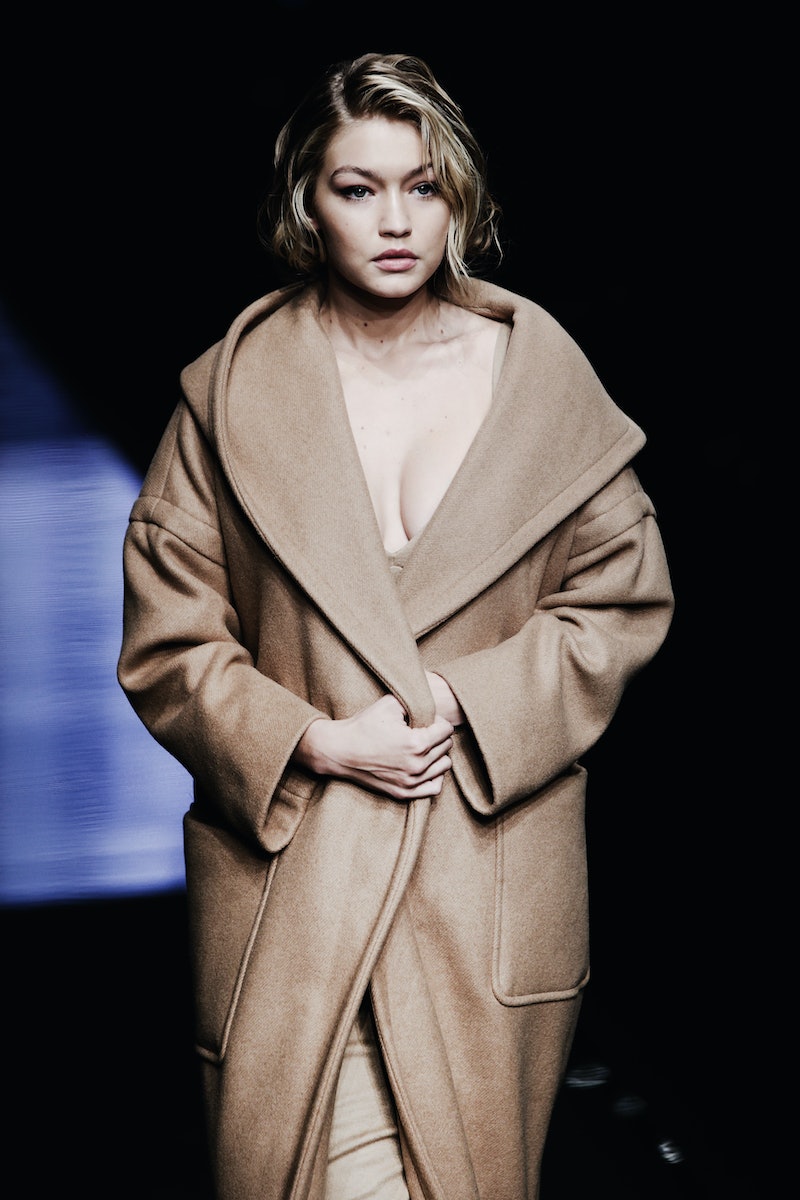 Well, I think it's safe to say that Gigi Hadid is having quite the string of fashion weeks. First, she completely killed it at NYFW, then she jetted over to Los Angeles to walk in Tom Ford's super-secret LA show, alongside her younger sister Bella Hadid, and now? She's taking fashion capital Milan over by storm (Paris is next, baby!). Yep, Gigi Hadid just opened for Max Mara, alongside some of the biggest models in the business, such as Joan Smalls.

Though sedated in zaniness-factor, Max Mara still had a visually spectacular show — the whole aesthetic was based off of Marilyn Monroe, so they'd actually be hard-pressed not to have a super glamorous show. And the brand handily delivered on the whole Marilyn vibe; many of the silhouettes were fetchingly '50s inspired — while furry jackets, tight-fitting angora sweaters, and cat-eye glasses ruled the runway.

Of course, Gigi was at the center of it all: She had the distinct honor of opening and closing the show, and she modeled two of the most showstopping looks in the whole collection. First, there was this boudoir-appropriate camel-colored oversized coat. Here she is, as the literal leader of the pack:

And here she is again, rocking the aforementioned '50s-inspired accoutrements, cat-eye glasses and all.

It's also worth noting that her makeup game was at its best ever. I mean:

More like this
Dua Lipa On YSL Beauty, Plus Her Fearless Approach To Hair & Makeup
By Erin Stovall
12 New Year's Nail Ideas That Are Truly Stunning
By Jordan Murray
Here Are All 703 Outfits Rachel Wore On Friends
By Kat George
Jenna Ortega's Hair Routine Occasionally Involves Washing Out Fake Blood
By Olivia Rose Ferreiro
Get Even More From Bustle — Sign Up For The Newsletter