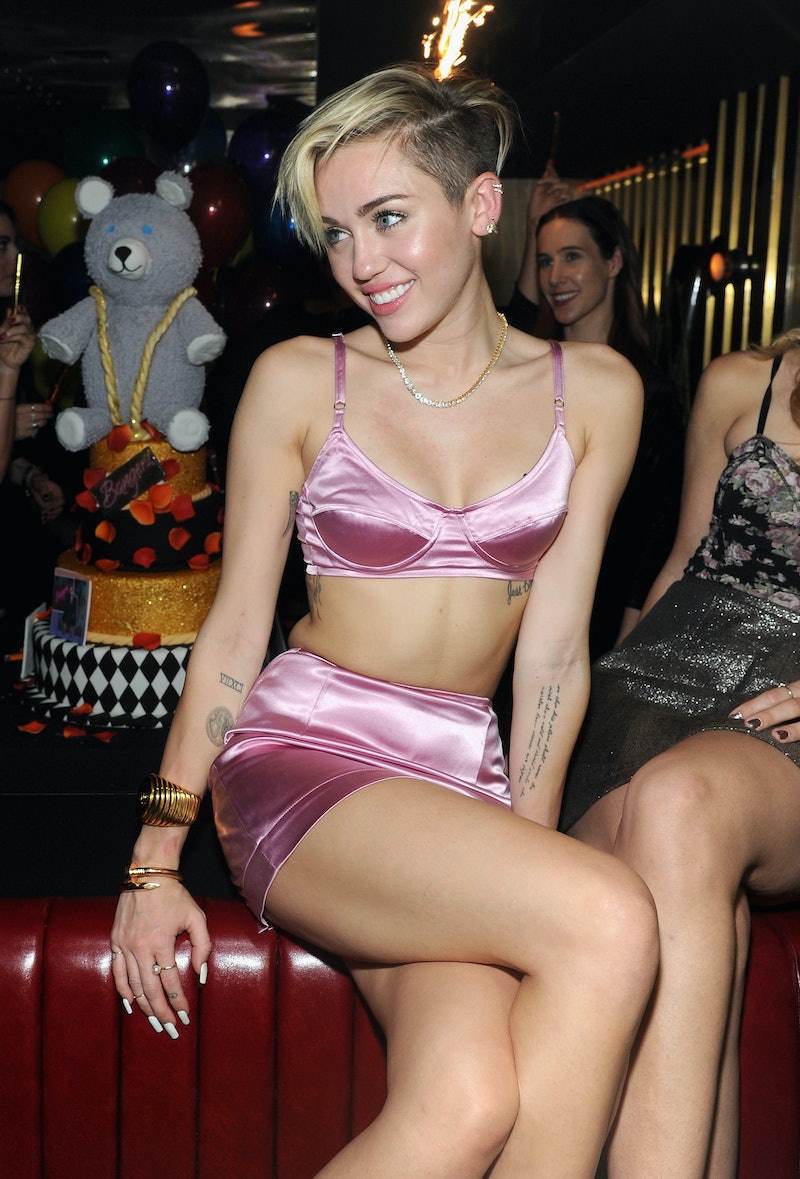 We at Gamelink feel this gives you a chance to finally show the world you are not a little girl anymore, and you won't bow to the pressures of the likes of Sinead O'Connor, who is jealous of your success.

We at GameLink have been watching your career with great interest as you break your child star persona and become an empowered young woman that is unapologetic about your lifestyle, especially when it comes to expressing your sexuality.

Anyway, this is obviously a publicity stunt, so I won't really pay it too much attention — the letter was really just too hilarious to pass up. You can check it out in full here over at TMZ if you like, or just, you know, content yourself with the knowledge that this is a thing that's happened.

The ultimate plot twist would be if Miley was actually considering it, but I kind of think pigs would fly before that happened.

More like this
Sandra Bullock, Girlboss Extraordinaire
By Matt Harkins & Viviana Olen
Spice Girls’ Net Worth: The Richest Member Is Wealthier Than The Rest Combined
By Hugh McIntyre
Fans Think Adele & Rich Paul Have Bought Their First Home Together
By Sam Ramsden
Long Live Bennifer!
By Allie Jones
Get Even More From Bustle — Sign Up For The Newsletter