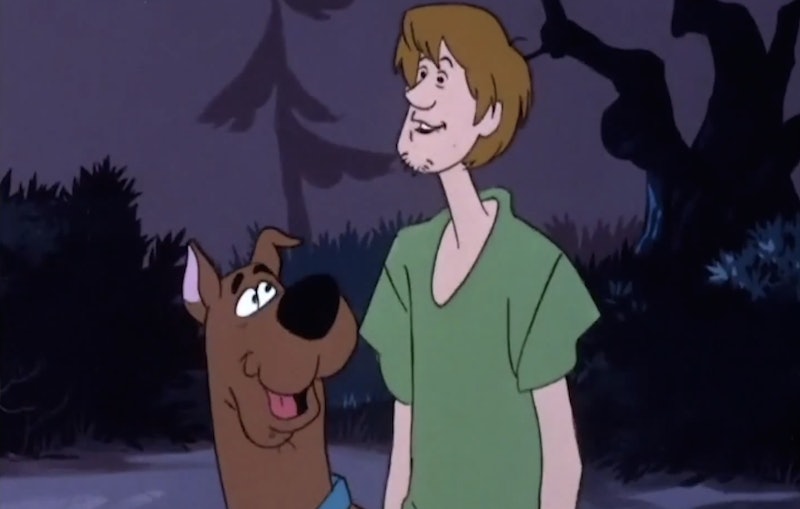 We are living in a different world, you guys. And this is a world in which our childhoods have been completely ruined. Of course, I'm sure many people have had their childhoods completely ruined before this moment. I mean, do we all remember Scientifically Accurate Spongebob Squarepants? Thursday's latest offering on the Ruined Childhoods menu is either better or worse depending on how well-developed your sense of humor is, and how sacredly you hold your childhood. You see, Ice T re-voiced cartoon characters on The Tonight Show — and his re-voices weren't exactly as family friendly as the shows those characters were on. It was epic. It was amazing. It rendered the likes of G.I. Joe, Scooby Doo, and Dora the Explorer RUINED FOREVER.

But, if you ask me, they were ruined forever in a really fun way. I mean, Ice T did such a good job of making sure that his voice matched up exactly with those of the cartoon characters that you almost wonder when you missed this particular episode of the cartoon. I think there are a lot of cartoons that could be improved by having Ice T do the voices. Don't believe me? Check out these seven cartoons below.

Blue's Clues is, to me, the original show about a character who asked you questions because they were too lazy to turn around and see the answer themselves. Except unlike Dora, who wandered around a large area unsupervised, Steve couldn't find anything inside his own house. The only way to save such a show is to make Ice T the voice of Steve. I'm dying of laughter just imagining it.

Buttercup might have been the most hardcore member of the Powerpuff Girls on the outside, but it was Bubbles who really gave me nightmares. Now there was a sweet ball of sunshine that you absolutely did not want to piss off. Now imagine Ice T voicing her. Yeah. I thought so. Way better, right?

Little Bear was a Canadian show based off the book series by Maurice Sendak, but I'm sure Sendak wouldn't mind if we, you know, completely and utterly ruined his legacy by having Ice T be the voice of Little Bear. Never was there more a self-aware mammal than one voiced by Ice T and asking how the heck he's doing half the things that Little Bear does with his time in the series.

If you've heard the Swag Like Caillou theme song remix, then this will come as no surprise to you. Ice T was, thankfully, not the person responsible for that Caillou based freestyle, but imagining him as the voice of Caillou will never not make me giggle.

I don't even care which one of Arnold's friends Ice T voices — actually, I do care. Can we have Ice T as Helga Pataki herself or, better yet, as Arnold? I would love to hear Ice T delivering his special brand of wisdom to the school kids when they all inevitably come to Arnold for advice.

TJ from Recess was always coming up with his own amazing ways to avoid cursing, but Ice T would only concern himself with how creatively he could curse. Either way, Recess will never be the same.

Personally, I want Ice T to voice Elmo, because Elmo is totally the Sesame Street character I could most see as a rapper, but I would settle for Big Bird or Oscar the Grouch walking around sounding like Ice T. I'm not picky here. I'm just a girl who loves a good laugh.