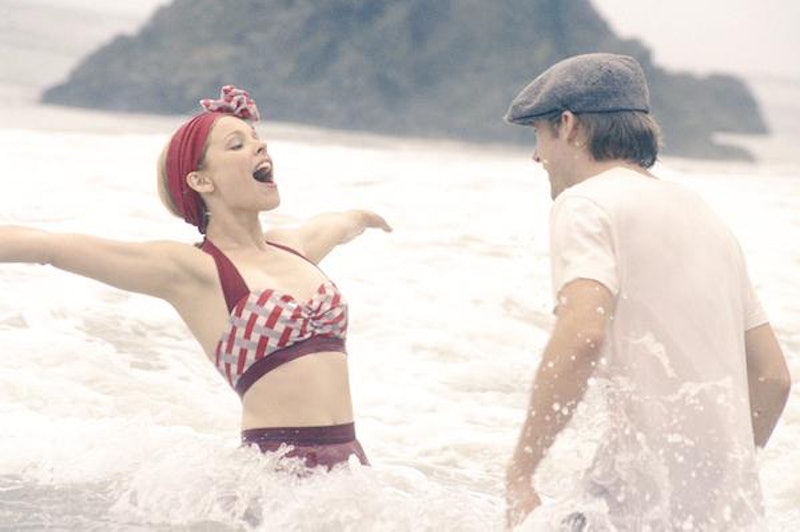 You're going to need a minimum of three boxes of tissues for this one, because it a story straight out of The Notebook. Elderly couple Floyd and Violet Hartwig recently died holding hands within hours of each other after being married for 67 years. If you're not already trying to figure out a way to unobtrusively excuse yourself and go cry in the bathroom at work, you need to reevaluate your life, you heartless monster. Or maybe you're just a sociopath. I don't know your life. Either way, good luck staying dry-eyed when you're confronted with the details.According to Jezebel, the future couple met as children and started dating after Floyd returned from the Navy. They married in 1947 and raised three children, ABC reports. The couple owned a ranch in Easton, California, and throughout their lives, daughter Donna Scharton remembers them as "decent people that were always committed to each other," complete with adorable nicknames and breakfast together at 4:30 a.m, every day before Floyd went off to work. Here's where it basically turns into The Notebook: Violet developed dementia a few years ago, and by the time the holidays came around this past year, things started to deteriorate very quickly. Not long afterward, Floyd's kidneys failed, giving him two weeks to live. With the end drawing near, the family decided to put the couple in hospice together.

<img alt="crying animated GIF " src="http://media3.giphy.com/media/2WxWfiavndgcM/giphy.gif" class="article-body-image"/>The entire time the couple was together, Floyd remained fixated on his wife's health. Scharton told ABC that "he would tell the doctor, 'I'm OK I just want her fixed'," despite his own excruciating pain. When it was apparent the couple wouldn't last much longer, the family "pushed the hospital beds together" so they could hold hands, according to Scharton. Floyd died holding his wife's hand, and although Violet wasn't aware of her surroundings, she passed away a few hours later. According to Jezebel, Scharton didn't just share Floyd and Violet's story with the world because she likes watching us all cry uncontrollably. She wants people to remember her father's "

commitment to serving his country and loving his family," as well as how their love was so strong that it was "keeping them alive."