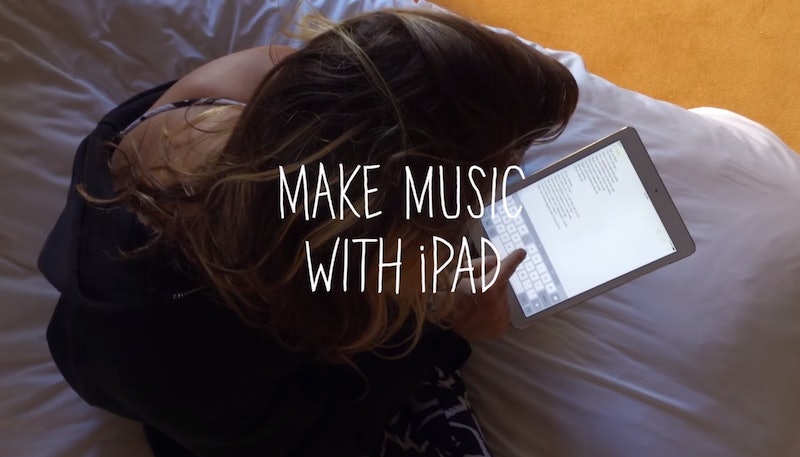 In a new iPad commercial (an iPad iAd? Thank you, thank you. Oh, you're too kind. No need to give me a standing ovation for that one. I'm blushing. Be sure to tip your bartender on the way out), some musicians use the Apple tablet as a musical instrument. iPad: It isn't just for playing Temple Run on cross-country flights anymore! The individuals featured in the Make Music With iPad TV spot are not actors; they are real-life recording artists. The woman in the iPad advertisement is Elliphant, a Swedish singer and rapper, and the two men who collaborate with her on the remix of the song are British producer Riton and Los Angeles-based DJ/producer The Gaslamp Killer.

The song in the commersh is a remix of Elliphant's song “All Or Nothing”. The version that's in the iPad commercial—which is not the version that appears on Elliphant's 2014 EP Look Like You Love It— is available for purchase on iTunes.

I challenge you to stay still while listening to the EP version of "All Or Nothing". (Spoiler alert: I'm not sure it can be done. I know I gotta dance every time I hear this song. Can't help it. Can't fight the moonlight.) Here it is:

The EP version also appears on the FIFA 15 soundtrack.

It's as if I'm wearing a pair of enchanted red ballet slippers right now. I caaaaan't stop daaaaaanciiiiiing!