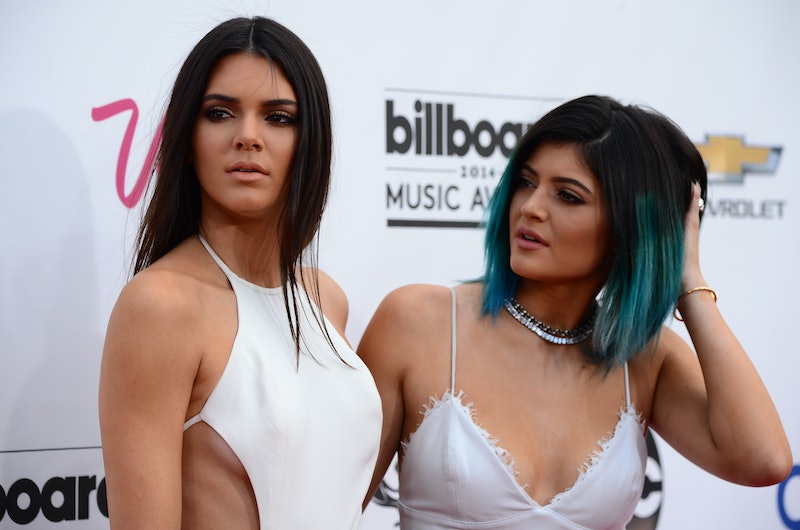 I was starting to give up hope that it would happen, but finally, at long last, Kendall and Kylie Jenner may be getting their own spin-off. Here I thought we were experiencing a drought of extraneous Kardashians. A reality TV show on a duo of overprivileged teenagers is just what the world is lacking right now, and the fact that it's going to be about more members of America's most polarizing family? My prayers have been answered, and I'm already conceiving plot lines.

Please mind my snark, but seriously, you guys. For those of you keeping track, this would be the fifth spin-off of Keeping Up With the Kardashians, not including every other televised wedding they have. The other gems include Khloe and Kourtney Take The Hamptons, Kourtney and Kim Take Miami, Kourtney and Kim Take New York, and the combo breaker, Khloe & Lamar. I'm honestly shocked that there's anything left for this family to take at this point, but here we are.

With that in mind, there are a lot of different directions that these two can go in, and I decided to explore all of them. So here's 18 potential titles for the new Kendall and Kylie spin-off — and keep your eyes peeled for the upcoming show Scott and North West Take Montreal.

Why not just follow the girls around in a habitat that seems natural to them?

Why not just follow the girls around in a habitat that operates like a godless war zone?

We just lock them in a wardrobe for six days and see what happens.

4. Kendall and Kylie Take Over Europe, and Then, THE WORLD

A mini-series documenting their new jobs as supreme global overlords.

5. Kendall and Kylie Take a Selfie

Will Kendall go with Valencia or Mayfair? Find out on the next episode!

6. Kendall and Kylie Take 25 Percent Off Their Next Urban Outfitters Purchase

Because they really could use the discount, and because Kylie has this fringe aztec print crop top she's been eyeing.

7. Kendall and Kylie Take The Stairs

You know, they thought about the elevator, but then they were like, "No, we could use the exercise."

8. Kendall and Kylie Take Fries with That

9. Kendall and Kylie Take a Day Off Because Modeling is Just Really Stressing Them Out Right Now, You Guys

It's a hard knock life for them.

11. Kendall and Kylie Take More Jobs Away From Hard-Working Americans

I wanted to be the new face of Estee Lauder, but I guess that's not going to happen.

12. Kendall and Kylie Take the SAT

Because aren't they, like, literal children? Then again, they're also surrogate Kardashians, so education doesn't seem like a priority.

13. Kendall and Kylie Take the 'Which Disney Princess is Your Style Icon' Quiz

14. Kendall and Kylie Take it to the Limit

Past the point of no return.

15. Kendall and Kylie Take Their Time Ordering at the Juice Bar

Just how green do they want their green smoothie?

16. Kendall and Kylie Take This Outside

Actually just a cage match with Amber Rose. Fight to the death, winner gets another eight million Twitter followers.

17. Kendall and Kylie Take Two and Call Me in the Morning

Just 22 episodes of them waiting in the doctor's office

18. Kendall and Kylie Take Control of Their Lives

What happens when two teenage girls decide to separate from their momager, retreat from the glaring eye of E! Television, and try to find themselves? We'll never know.