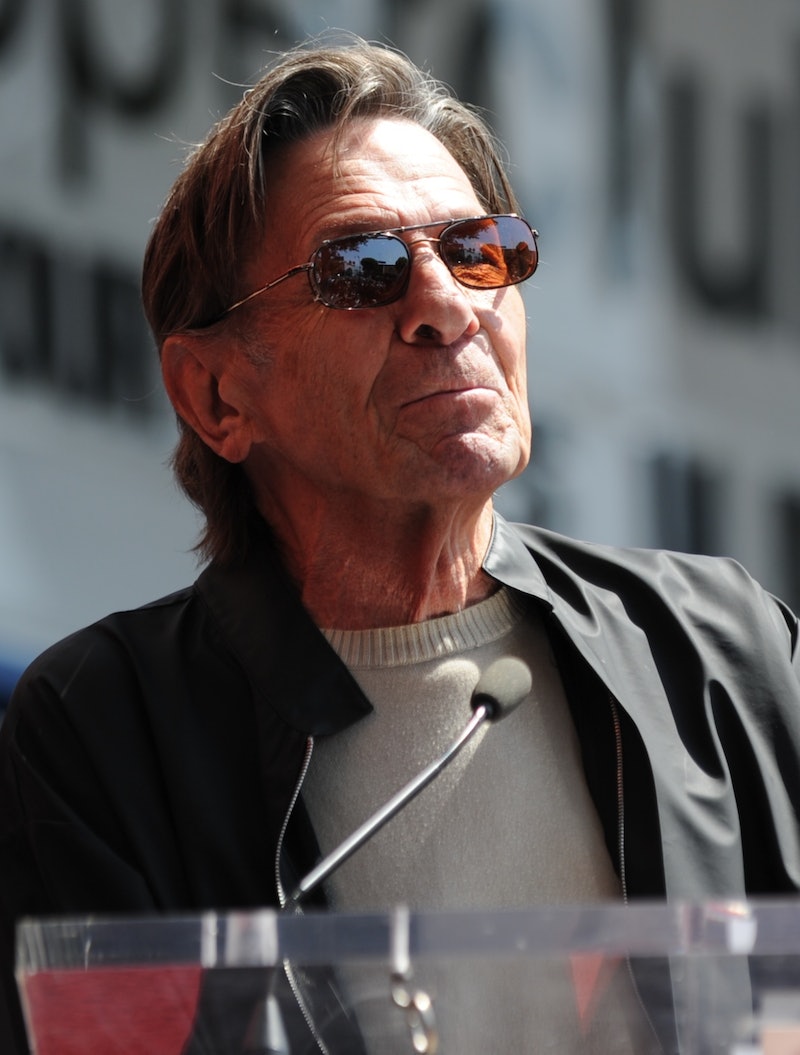 Friday brought sad news to fans of Star Trek across the globe, when it was announced that the legendary actor behind Mr. Spock, Leonard Nimoy, had died. The television icon, 83, had been suffering from end-stage chronic obstructive pulmonary disease, and earlier this week, it'd been reported that he had been hospitalized for chest pains. Fellow Star Trek actors like William Shatner and George Takei had been among those who wished him well, but sadly, the star passed away from his disease on Friday morning.

Nimoy had been scheduled to appear at an April event in Los Angeles to talk about his incredible career — in addition to Star Trek, he also was known for forays into theater and poetry, among other pursuits — but hadn't been seen in a public forum in months. In October, he appeared over Skype at a London Star Trek convention, in which he sung Spock's famous song, recalled meeting his co-star Shatner, and discussed the possibility that he would appear in the next Star Trek movie. Asked about the contents of his bucket list, he answered with "not much."

"A bucket list suggests there are things you've not done, that you still want to do," Nimoy said. "I have a wonderful life. I have a great family. My career has been very fulfilling. I've worked all over the world. Star Trek has been very good to us and afforded us a very nice lifestyle. I get up every morning happy, ready for another day. So, my bucket list is getting up and having another day in this wonderful life."