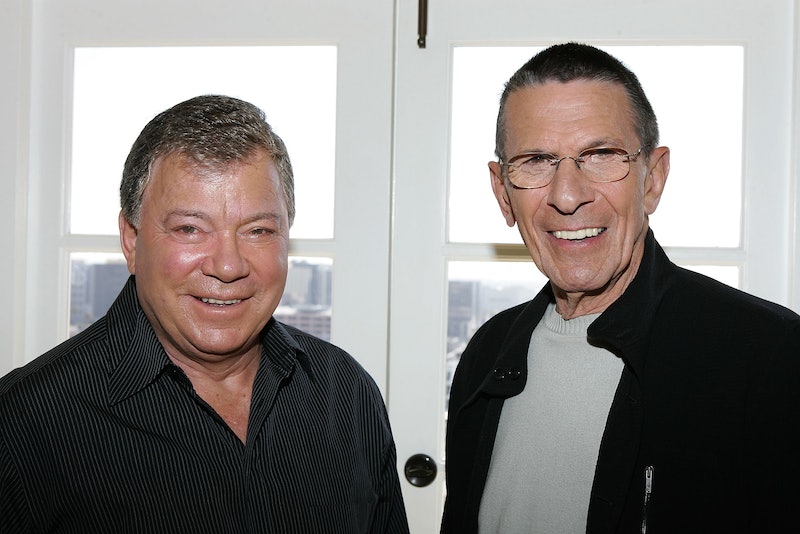 On Feb. 27, 2015 the world lost a great talent who inspired and influenced many. That man was Leonard Nimoy who died at 83 after battling end-stage chronic obstructive pulmonary disease, which he contracted in 2014. Now, fans, family, friends, and co-stars are commenting on Nimoy's death and how his legacy will forever live on. In particular, Nimoy's Star Trek co-star William Shatner has commented on his friend's death.

In a statement released to Bustle by Shatner's rep, he said,

I loved him like a brother. We will all miss his humor, his talent, and his capacity to love.

His publicist also shared Shatner will not be doing any interviews related to Nimoy's death.

Nimoy and Shatner starred together in about 80 episodes on the sci-fi hit everyone knows and loves. Of course, Nimoy played Mr. Spock, while Shatner portrayed Captain Kirk. The two shared many moments and memorable scenes throughout the three seasons Star Trek aired. If you'd like to relive those, the series is available on Netflix, which I'm sure many will be doing now as one way to honor the man who created Spock.

There's no doubt that Nimoy will continue to impact this world, his fans, his family, and his friends. He was an amazing talent and man who will live long and prosper.

With that said, I will leave you with Nimoy's final tweet: