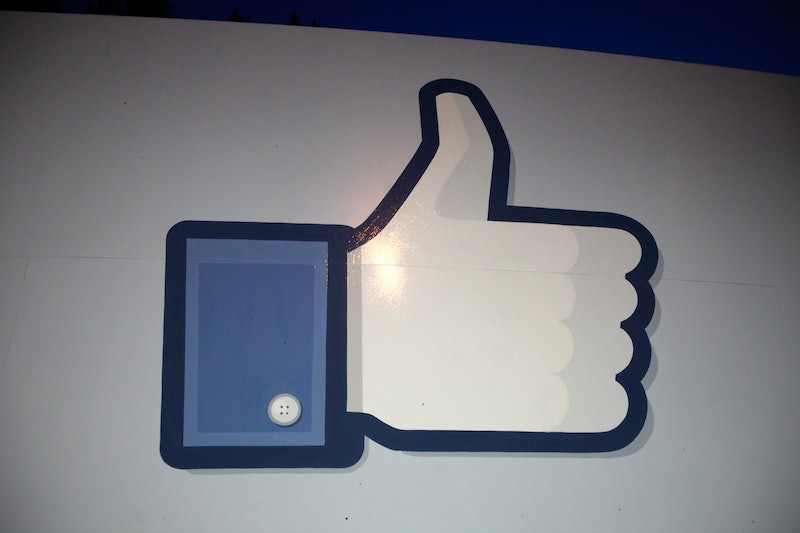 Last year Facebook made a lot of people very happy (and some people very confused) by expanding their options for gender from two possible selections to more than 50. Well, for those people out there who thought 50 was pushing it, it is my pleasure to freak you all the way out by letting you know that now your Facebook gender options have expanded to... anything . As in, you can now list your gender as whatever you want, even if Facebook doesn't have a specific option for it.

Facebook still offers all the gender options they added last year, such as Trans Woman, Gender Fluid, Agender, and many more; however, users can now also type in whatever other gender identity they might like, even if Facebook doesn't have it listed as one of their standard options. And people can also list more than one gender identity at a time.

Overall, the move is a really cool acknowledgement of the fact that gender is way more complex and multi-faceted than society generally makes it out to be. There are so many variations of gender and gender experience that expecting all people everywhere to fit into any predetermined set of labels — even if you make every effort to list as many as you can — is silly. And even though 50 options is infinitely better than two, having unlimited options is best of all. It's really the only way to make sure that everyone is definitely going to be included.

So what are some possible gender descriptors can you try out under the new system? Well, I might have had some ideas. Last year, I changed my Facebook gender from just Female to "Cis Female" since I figured that's more specific and specific is good, so that's what it was when I looked at it today.

But first off, I decided I wasn't totally happy with that anymore, either, so I changed it to Cis Woman. Since, you know, "female" is biological and "woman" about gender. That and people who call women "females" have started to creep me out as of late.

But what kind of cis woman am I? How to qualify myself? Well...

I mean, if you can add "Bad Ass" to your gender identity, why wouldn't you? Really. But then it occurred to me that actually, why does Facebook even care what my gender is? I mean, why is that important? So I changed it again.

But then I decided that if gender is a part of who I am, it ought to be part of how I present myself on Facebook. So I put the old labels back, just changed to order a bit.

And then I just started having fun.

My gender as currently listed on Facebook is "Bad Ass, Cis Woman, Killing It In Red Lipstick, Figuring Out How To Be Herself While Ignoring Gender Norms." I'm pretty happy with it.

Though I have discovered at least one failure of this system — there is no way to enlarge the typing box in order to make it long enough for that last gender label. Sad.