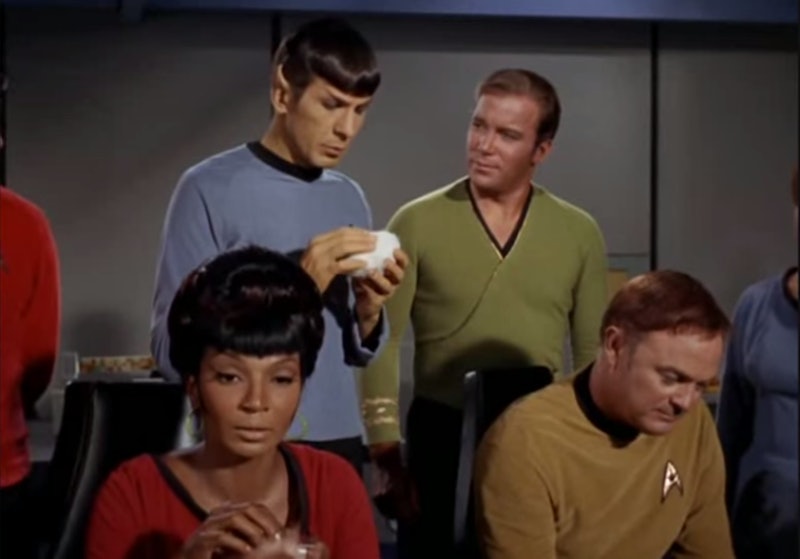 In light of the sad event of Leonard Nimoy's death, much attention has been given to his Star Trek character Spock's serious side. However, I think it's also important to focus on the humor of the character, for it's the reason Spock's been so immortalized on the internet and in the cultural consciousness; those who have never seen an episode of Star Trek: The Original Series can accuse their friends of acting Spock-like when they verge on the robotic.

There was a lot of potential for humor in the character of Spock. A half-human, half-Vulcan, it was always impossible to detect whether Spock was using his logical nature to be deliberately difficult or because he couldn't help himself. His arguments with the virile Kirk, encounters with women who inevitably threw themselves at him, and remarks about the failings of humanity were always both hilarious and a little sad.

Spock never tried to be funny, but Nimoy had to. This isn't an easy balancing act, but Nimoy managed to be deeply hilarious without verging on camp, remaining true to Spock's character while still delivering the (metaphorical) winks that the audience craved. And the comedy didn't stop with Star Trek; Nimoy directed the hit '80s comedy Three Men And A Baby and leant his voice to Land of the Lost, among other comedic accomplishments.

Star Trek didn't always take itself seriously, a fact that is infinitely apparent in "The Trouble With Tribbles." In the episode, Lt. Uhura is given a pet tribble, a guinea pig-like ball of adorable that she takes to the Enterprise, which becomes overrun with the creatures. Here is a clip:

The sight of Spock tenderly caressing the tribble while saying he's immune to its soothing effects is hilarious, as are the looks the rest of the cast shoots him. There are, of course, many more hilarious Spock moments from Star Trek, but this one stands out in my memory as a truly funny scene.