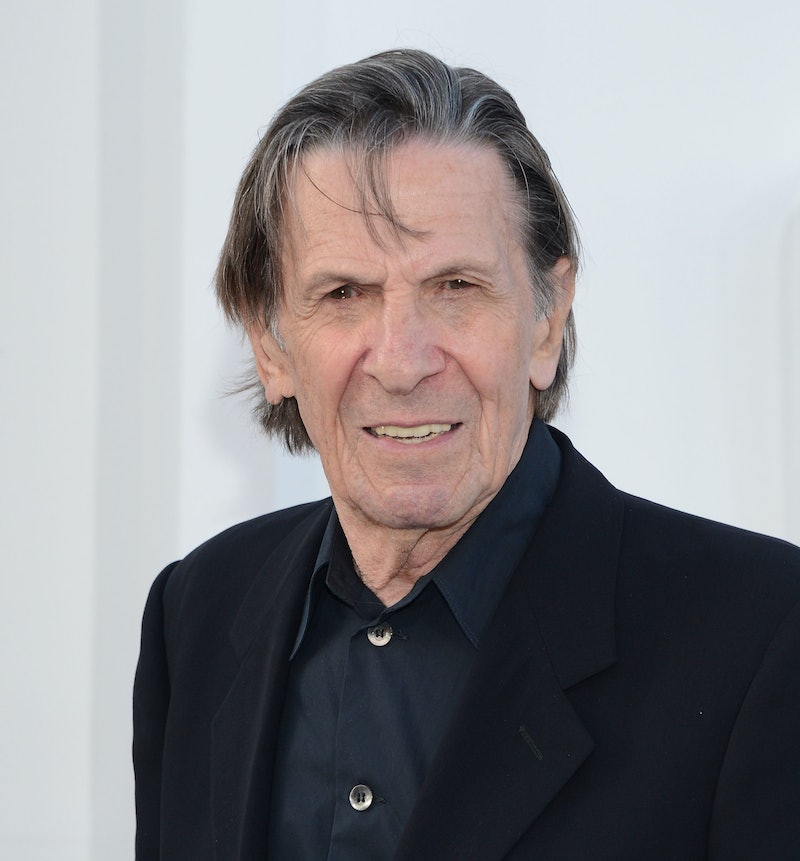 After hearing the sad news that Leonard Nimoy passed away Friday morning at age 83, most people's thoughts immediately go to his role in Star Trek as the legendary Spock. While it's true that Nimoy's biggest and most notable role is playing Mr. Spock in the hit show, his long and storied career featured many more roles, TV shows, and movies — projects where he was both in front of and behind the camera as a director and actor. As Nimoy detailed in his Twitter bio, he first came to Hollywood at age 18, but didn't get his big break in Star Trek until 16 years later. And in those 16 years, Nimoy's career wasn't stagnant. He got his start playing several smaller roles, and his very first feature film role? It might have been small, but it was instrumental in Nimoy getting his start as an actor. Nimoy's first role was playing Chief in the 1951 movie Queen For a Day.

And in case you're unfamiliar with this classic film, don't worry — it's something many people have never heard of, although it was pretty popular in its day. According to Turner Classic Movies, Queen For a Day was based on a radio show of the same name that, after gaining popularity in the 1940s, eventually became a TV show where audience members explained why they deserved the title of Queen For a Day before an audience vote. Sounds a lot like the basis for many reality shows we have today, right? It's not surprising that it was popular with viewers back then.

The movie incarnation, in which Nimoy was a part of was a little different, though. It was comprised of three segments that end with a woman being crowed Queen For a Day, and Nimoy was involved in the segment about divers who were drilling water wells, where he played a football player.

Here's a fun fact about the movie: Leonard Nimoy was actually credited as Leonard Nemoy thanks to a misspelling that happened somewhere down the production line. And if Nimoy is the man I think he is, he probably got a few laughs out of the fact that he was wrongly credited in his very first role as an actor ever, wouldn't you think?

In this clip, you can see a very young Nimoy — or should we call him Nemoy? — at just 20 years old.